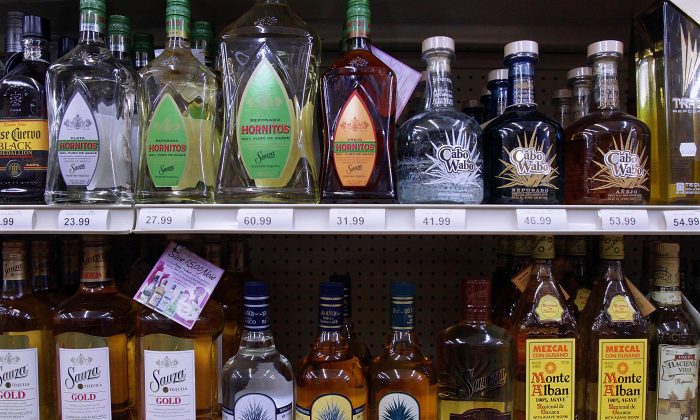 A Washington, D.C.-area principal urged parents to not host drinking parties for their kids and other teenagers following several deaths this past year.

“Find another way to bond with your child. Please,” said Alan Goodwin, principal of Walt Whitman High School in Bethesda.

His letter to parents came after hearing of multiple drinking parties hosted over Halloween weekend by parents.

“Parents, As we get close to another weekend, please do not host an underage drinking party as apparently some of you did last weekend. This must stop,” he wrote.

“The law says you can be fined a minimum of $2,500/underage drinker if the drinker(s) is at your residence and you are present. While the fine is steep, the stronger risk is that a teenager from your party will be injured or die either from excessive drinking or while in a car with a driver under the influence. Parents, find other ways to bond with your child. Please.”

“It’s really hard to fathom how some people are still making these poor decisions,” Goodwin added to WTOP.

“All principals will have safety programs at their schools. They’ll have speakers, put up posters. They make appeals to parents and kids, but there’s still some people who don’t get it.”

The letter came after three kids died in Montgomery County, Maryland due to drinking at such parties.

The dad who hosted the party that two 18-year-olds attended then crashed on their way home is facing two citations at $2,500 each, but Mothers Against Drunk Driving is advocating for tougher laws. If police break up a party at which a parent is home, the fines can be much stricter and sometimes includes jail time. Other issues include potential sexual assault, and alcohol poisoning.

Following the deaths, thousands of parents signed pledges promising not to serve alcohol to kids.

But Goodwin sees it’s not over yet, after hearing about two parents hosting drinking parties at Halloween.

Some parents think it’s safer to oversee kids drinking, though.

“@baltimoresun: Doug Gansler says breaking up party with underage drinking was not his job. http://t.co/g1Y2drKL3T pic.twitter.com/2KbJMuBw61“😂

“It’s a real thing that people grapple with, all the time: I know these kids are drinking. Am I better off having them in my home?” Doug Gansler, the former state attorney general whose gubernatorial campaign was derailed after he was photographed at a beach week party including lots of teens, told the Washington Post.

“There’s a legal right answer, but there’s not a moral answer.”

But others say the parent-chaperoned parties are not safer.

“But they don’t understand how hard it is to control the other children. Let’s pretend you’re the host parent and let’s pretend Johnny is really drunk. Are you going to call Johnny’s parents and tell them you’ve been giving Johnny alcohol all night and how he’s drunk?”