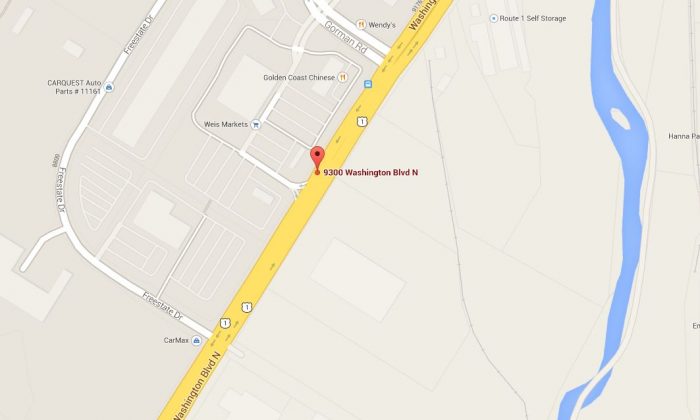 Steven Houk, a police officer, was shot near Route 1 near Laurel and Savage, Md., in Howard County on Wednesday afternoon.

The suspect in the shooting is still at large, Howard County Police said.

Officers confronted the suspect in the 9500 block of Washington Boulevard after receiving a call of a man with a gun. The suspect then opened fire and fled into a nearby wooded area, the Howard County Police Department said.

Officials have commenced a manhunt.

“We do not know his whereabouts,” an official told WUSA. “He is described as black male wearing a black jacket and grey pants. We believe he is still in the area. He was last seen on foot.”

Houk, 30, is in serious condition and was airlifted to a hospital.

The suspect has been identified as Stephon Prather, and is likely armed and dangerous. About 28 officers are searching for him.

Washington Boulevard (Route 1) is closed in both directions between Whiskey Bottom Rd and Route 32. The following roads are also closed: