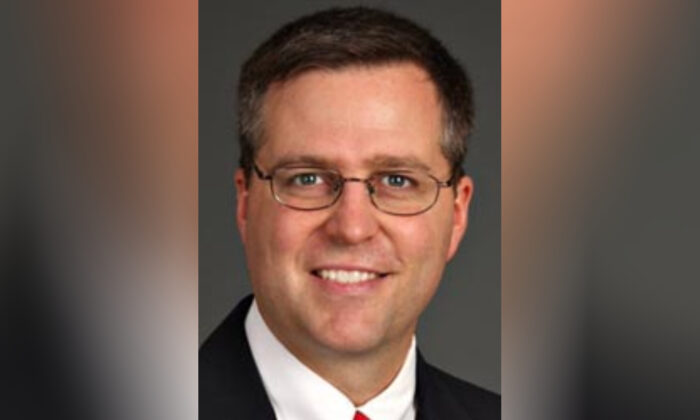 Maryland Congressional Primaries: Parrott to Take on Trone in Fall

As expected, all seven incumbent Maryland congressional representatives and a U.S. senator on the state’s July 19 primary ballots easily won their parties’ nods and will defend their seats in November.

Not expected were anticipated close races in both party primaries for governor, the Republican preliminary in Congressional District 6 (CD 6), and the Democratic primary in CD 4 to never materialize.

Clear frontrunners mounted huge leads in key races projected to be competitive with winners in several declared within hours after polls closed despite hundreds of thousands of mail-in votes uncounted.

A unique-to-Maryland law prohibits elections officials from beginning to count mail-in ballots until no sooner than 10 a.m. the Thursday after an election.

With more than 505,000 of the state’s 4.1 million registered voters requesting 2022 primary mail-in ballots for the primary, those uncounted votes were expected to leave some races too close to call by election night.

Not expected in CD 6 was Del. Neil Parrott (R-Hagerstown) cruising to an easy victory, being declared the winner about two hours after the polls closed.

Parrott had 65.1 percent of the tally in blowing past 25-year-old investigative journalist Matthew Foldi in what was projected to be a close race.

Parrott, 51, a Maryland State Highway Administration traffic engineer and former Frederick Deputy Director of Engineering, is a Tea Party activist elected to the General Assembly in 2010.

He will face two-term Rep. David Trone (D-Md.), who brushed off nominal primary opposition but will face a stiff challenge in the general election against Parrott in a post-2020 Census reconfigured district.

CD 6 had previously been “solid” Democratic before deep blue areas in Montgomery County were shifted out of the district in post-Census remapping.

The district spans much of the state’s western panhandle framed by Pennsylvania, Ohio, and West Virginia, where there is a higher density of Republican voters.

The Cook Political Report and Larry J. Sabato’s Crystal Ball rate it as “lean Democratic,” while Inside Elections with Nathan L. Gonzales classifies it as “likely Democratic.”

Ivey, former Maryland Public Service Commission chair, and Edwards, who served four House terms after being the first black woman elected by Marylanders to Congress in 2008, were among nine hopefuls seeking to succeed three-term Rep. Anthony Brown (D-Md), who is running for state Attorney General.

The winner will likely face Jeff Warner, who was cruising past George McDermott, making his sixth congressional bid, in their CD 6 Republican primary.

Otherwise, even without mail-in ballots counted in tallies, many of the primary races appear set if not formally called.

He will likely face Chris Chaffee, who was leading the 10-candidate Republican primary with 22.1 percent of the tally, more than 12,000 votes ahead of second-place Lorie Friend three hours after polls closed July 19.

Van Hollen will be a heavy favorite in the general election against Chaffee, who is running for the U.S. Senate for the fourth time. A building contractor, Chaffee also ran for the U.S. House in CD 5 in 2010 and 2014.

In CD 1, six-term Rep. Andrew Harris (R-Md.), Maryland’s lone congressional Republican, was the only sitting rep not being tested in a primary. He will be the favorite in November to defeat Heather Mizeur, who garnered nearly 70 percent of the vote in her Democratic primary against Dave Harden.

All of the state’s other congressional districts—except CD 6—are rated as solid and safe Democratic.

In CD 2, 10-term Rep. Dutch Ruppersberger (D-Md.) easily breezed by two party rivals and will be the heavy favorite to defeat Nicolee Ambrose, who was comfortably leading in the district’s three-candidate GOP primary.

CD 3’s eight-term Rep. John Sarbanes (D-Md) was having little problem brushing off two challengers in his Democratic primary and will likely face Republican Yuripzy Morgan in the general election if her large lead is sustained when mail-in ballots are tallied.

CD 7’s first-term Rep. Kweisi Mfume (D-Md.) had a comfortable lead over three party rivals and is near certain to advance to November against Scott Collier, the winner of the four-candidate Republican primary.

In CD 8, three-term Rep. Jamie Raskin (D-Md.) scored more than 90 percent of the vote in advancing to the November ballot.

The lead impeachment manager for former President Donald Trump’s second impeachment, who sits on the House Select Committee on the Jan. 6 breach of the Capital, will face Gregory Coll,  who cruised to the GOP nod in his primary.