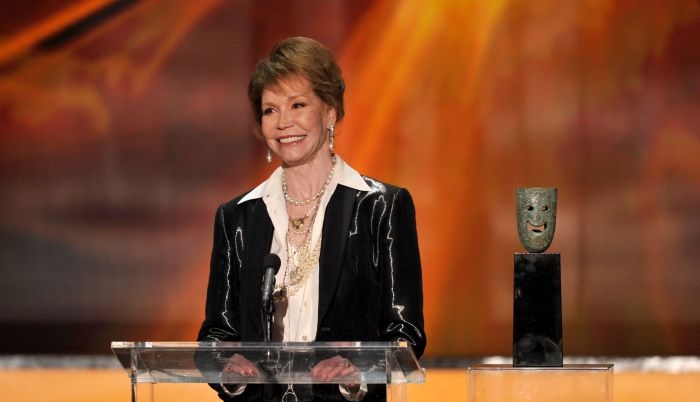 Update at 2:50 p.m. ET: “A groundbreaking actress, producer, and passionate advocate for the Juvenile Diabetes Research Foundation, Mary will be remembered as a fearless visionary who turned the world on with her smile,” her publicist Mara Buxbaum said, per the NY Daily News.

Mary Tyler Moore, the longtime actress, is reportedly in “grave condition” at a hospital in Connecticut.

TMZ on Wednesday reported that sources close to the 80-year-old that family members are going “to the hospital to say goodbye.” The unnamed source told the website that she’s been on a respirator for a week at the least.

She appeared on the “The Dick Van Dyke Show” and starred in “The Mary Tyler Moore Show” from 1970 to 1977. Moore also appeared in films, including “Ordinary People” in a role that earned her an Academy Award nomination.

Moore, who suffered from diabetes, had brain surgery in 2011.

Van Dyke, in an interview in 2015, told longtime TV host Larry King that her Type 1 diabetes “has taken a toll on her; she’s not well at all.” She was diagnosed with the illness in 1966, as the New York Daily News noted. She openly discussed the disease on the “Mary Tyler Moore Show.”

In 2004, Moore told the Chicago Tribune that she previously underwent laser surgery to treat her vision, and she noted “splotchiness and dimming.”

More details on her condition are unclear. This is a developing story.