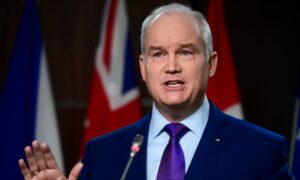 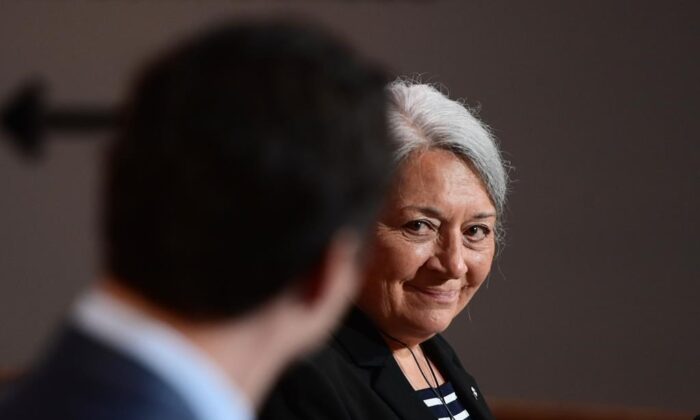 Mary Simon looks towards Prime Minister Justin Trudeau during an announcement at the Canadian Museum of History in Gatineau, Que., on July 6, 2021. (The Canadian Press/ Sean Kilpatrick)
Canada

Mary Simon Set to Be Installed as 30th Governor General

OTTAWA—Mary Simon will be installed later this morning as the country’s new governor general and become the first Indigenous person to hold the role.

Prime Minister Justin Trudeau named Simon, an Inuk leader and former Canadian diplomat, as his choice to be the Queen’s representative in Canada earlier this month, replacing Julie Payette who resigned in January.

Trudeau will be among the few people allowed to witness the ceremony in person as public health guidelines have set limits on attendance and mask requirements for anyone there in person.

Simon will be greeted at the Senate building by a First Nations drumming circle and be accompanied by a traditional Inuit drummer on her way into the Senate chamber.

Inside the chamber, a traditional Inuit oil lamp will remain lit during the ceremony.

Simon’s first speech as governor general is to touch on the themes of reconciliation and youth.