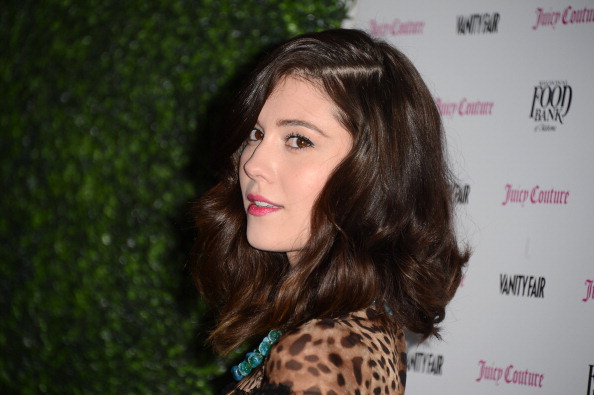 Mary Elizabeth Winstead apparently got hacked and lewd photos of her were circulating online on Sunday and Monday.

The 29-year-old actress was forced to address the photos, confirming that they are of her.

“To those of you looking at photos I took with my husband years ago in the privacy of our home, hope you feel great about yourselves,” she tweeted. “Knowing those photos were deleted long ago, I can only imagine the creepy effort that went into this. Feeling for everyone who got hacked,” Winstead added.

A few hours later, she wrote: “Great day for the block button!” And then, she added: “Going on an internet break. Feel free to my @’s for a glimpse of what it’s like to be a woman who speaks up about anything on twitter.”

Numerous other celebrities like Kate Upton and Jennifer Lawrence were apparently hacked as part of the same effort, and the photos appeared on imageboard 4chan’s /b/ section. They were later distributed via Reddit and photo-sharing service Imgur.

Elaborating on the incident, Dan Ackerman, with CNET, told CBS: “If you think about it, you have multiple copies (of your data). There’s a chance anything you put up in the cloud, it’s available in some way. If (hackers are) not looking for it, less so really.”

“I feel like it may not be one person, it may be a group of people and they may have been photos taken over months or years and may have been taken with different devices, not just Apple devices,” Ackerman said.

Some of the photos that have been circulating around the Internet have been debunked as fakes.

According to CNN, Lawrence’s publicist said the photos are “flagrant violation of privacy.”

“The authorities have been contacted and will prosecute anyone who posts the stolen photos of Jennifer Lawrence,” the statement reads.