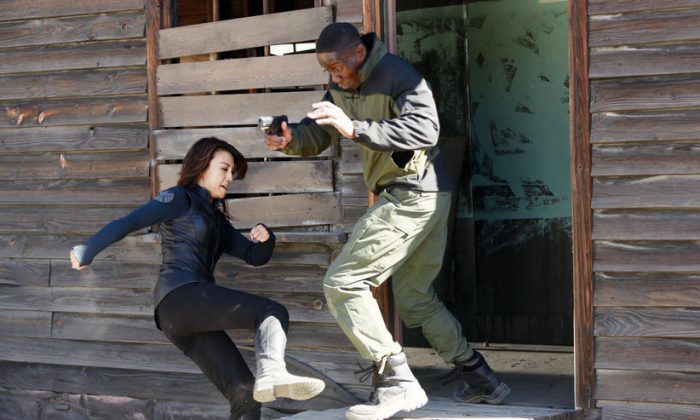 Marvel’s Agents of S.H.I.E.L.D. season 1 returns on Tuesday night on ABC with episode 11, titled “The Magical Place.” [spoilers and trailer ahead]

The popular show has been getting high ratings in its first season.

In the last episode, Coulson ended up letting Peterson give him to Raina, and surrendered to Project Centipede. Peterson later decides to try to go after Raina but an explosion prevents the rest of Coulson’s team from following them.

In the last scene on Raina’s helicopter, Coulson says he won’t give them what they want. Raina tells him that he only needs to tell Project Centipede how he came back to life the day after he died.

In this episode, Centipede interrogates Coulson, which helps him uncover information about his death and mysterious resurrection

But, the show’s description says, the information could come “at the potential cost of a teammate’s life.”

Check out the trailer and a clip from the new episode below.