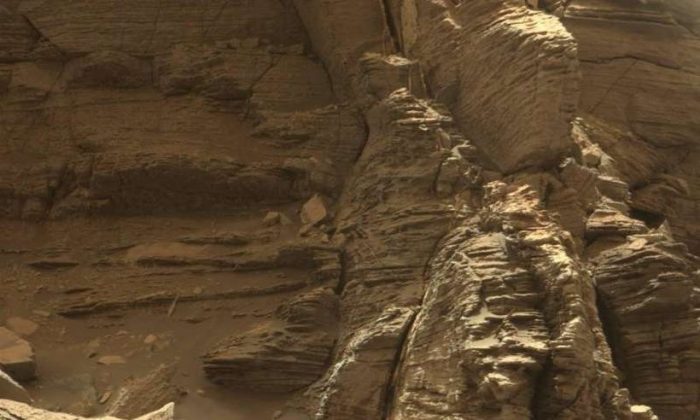 The rover, while exploring the “Murray Buttes” region, took photos of some of its cliffs and craters.

“Curiosity’s science team has been just thrilled to go on this road trip through a bit of the American desert Southwest on Mars,” Curiosity Project Scientist Ashwin Vasavada, of NASA’s Jet Propulsion Laboratory in Pasadena, California, said in a news release.

According to NASA, the mesas and buttes rising above the surface are eroded sandstone that were created when winds deposited sand around Mount Sharp. “Studying these buttes up close has given us a better understanding of ancient sand dunes that formed and were buried, chemically changed by groundwater, exhumed and eroded to form the landscape that we see today,” Vasavada said.

NASA noted that the mesas look like the American West.

The rover started its latest drilling campaign on Sept. 9. After that, Curiosity will head father south and further up Mount Sharp.

The Curiosity rover arrived on Mars in 2012 and is examining layers of Mars’s surface while climbing Mount Sharp, also known as Aeolis Mons. The mountain, discovered in the 1970s, is about 18,000 feet high. The rover reached the base of the mountain in 2014, according to Phys.org.