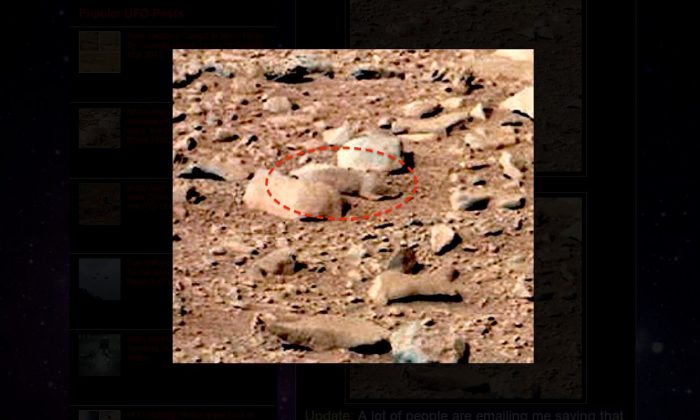 A photo from a NASA’s Curiosity rover shows what some people are claiming is a rat or another type of rodent on the surface of Mars.

The image was captured last year and shows the “Rocknest” on the surface of the Red Planet, which according to NASA, is a “patch of windblown sand and dust downhill from a cluster of dark rocks.”

Fox News reported that the UFO Sightings Daily website claimed “NASA almost” made a “historical announcement about a rodent on Mars,” before the space agency “chicken[ed] out.” It also says that the “creature” could be a lizard.

The photo appears to show a creature with legs and a tail, positioned near rocks.

“A lot of people are emailing me saying that this squirrel was part of a NASA experiment to test how long it would live on the surface of Mars and I do believe this does sound like something they might do. Why would they not tell us about it?” the website later says.