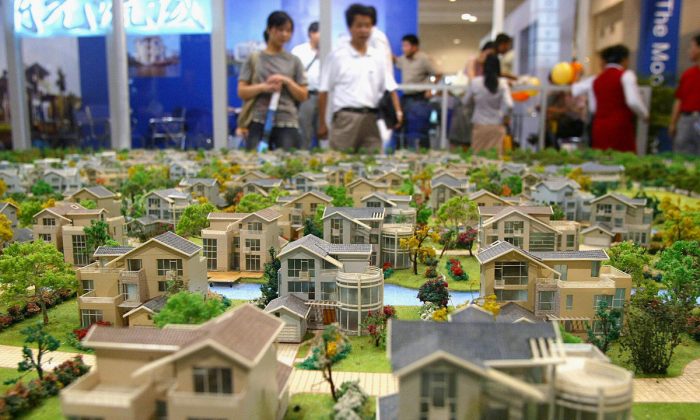 In a case of extra-marital infidelity that could be described as “you reap what you sow,” a man helped raise three children who his lover told him were his own, only to find out seven years later that he’d been tricked, according to Chinese news outlet Modern Evening Times.

The 52-year-old man, surnamed Liu, had been married for 20 years. Then he began an ongoing affair seven years ago. His mistress, Chen Li, is about half his age: 28.

Chen was already married, but Liu didn’t know it at first. Within seven years, Chen had three children with her husband while she was having an affair with Liu. Chen deceived Liu into believing that the children were his so that she could extort him for money—Liu gave Chen roughly 20 million yuan ($2.9 million), the report said.

Chen has been detained for fraud, according to the July 16 report.

The relationship came to an abrupt end on April 10, when Chen vanished with the three children that Liu believed he had fathered.

Chen and Liu met seven years ago in Shanghai, China, and began an affair. At the time, Liu believed that Chen was single. But in reality, she was already married to a man surnamed Zhang.

Soon after, Chen got pregnant. She told Liu that he was the father, but the baby was actually Zhang’s child. Liu gave her money to have an abortion.

Chen did not go ahead with the abortion and instead kept the money. She was 21 at that time, and gave up her education in Shanghai.

Once Chen decided to keep the child, Liu asked for a paternity test. However, she gave various reasons why she didn’t want to do one. She also claimed that she would be raising the child on her own.

From this, Liu decided to continue giving her money to raise the child.

The affair continued in secret for the next several years, and Chen gave birth to two more children. Little did Liu know that they were all fathered by Zhang.

With more children, Chen asked for more money. She ended up buying a total of four houses, two cars, opened her own beauty parlor, and even ran a small hotel.

All of these were purchased under the pretense of raising Liu’s supposed children. She had told him that she planned to never get married, but just to raise the three children well. Liu said that this compelled him to continue giving her money, according to the Modern Evening Times.

One day, Liu’s wife discovered the affair and confronted him about his habit of transferring money to some woman. The only information the report gave from their interaction was that Liu’s wife also wanted him to do a paternity test.

Liu called Chen and said that they needed to do the paternity test. Chen insisted once more that the children were his.

Then, on April 10, she cut off communication. Liu drove to Chen’s house, but the address she had given him didn’t exist.

Then Liu called the police. However, Chen reportedly had already turned herself in to the police before they even looked for her on April 10, according to the Modern Evening Times.

Chen told the police that Liu was almost the same age as her father, and that she never considered having a real relationship with him.

She was living in her hometown (the name of the town was not mentioned in the report) in a large house with a nanny. Further, she and Zhang had already arranged for a divorce. She reportedly handed over all rights of the three children to her former husband.

The property and vehicles that Chen purchased have been seized by the authorities.

The report did not mention if Liu will remain with his wife.