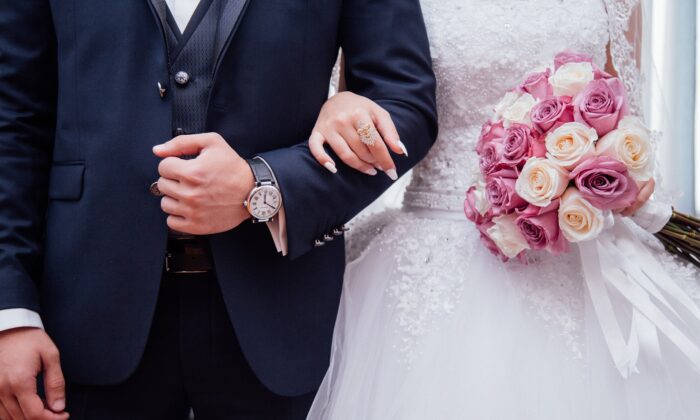 Former President Ronald Reagan said in a 1986 radio address, “Some have suggested that in today’s world, the family has somehow become less important. Well, I can’t help thinking just the opposite, that when so much around is whispering the little lie that we should live only for the moment and for ourselves, it’s more important than ever to affirm an older and more lasting set of values. … The family remains the fundamental unit of American life.”

Now, almost 40 years later, after years of living for the moment and ever-climbing cohabitation rates, new evidence is showing that America is finally waking up to the fact that marriage and families is better after all.

I came to this conclusion after seeing a recently published survey done in October 2021 by the Pew Research Center on the views of American adults on single-parenting and cohabitation. The results were eye-opening and encouraging.

In comparing results from a similar survey three years earlier, Pew found that 47 percent of U.S. adults say women serving as single parents is not good for society—an increase of 7 percent from the previous survey. While 43 percent say it doesn’t make a difference, only 10 percent say single-parenting is positive for society. Perhaps the fallout from absent fathers, and the toll it has taken on children and in our inner cities, has been a wake-up call.

On the issue of cohabitation, nearly a quarter of those polled said that couples living together without being married isn’t good for society—up five points from the previous survey—with the greatest increase among African Americans—those who have seen the worst devastation from the breakdown of the family.

The problems of cohabitation and single-parenting extend into every aspect of society—not just African American homes. According to the U.S. Census Bureau and reported by the American College of Pediatricians, the poverty rate for children living with two unmarried, cohabitating parents is similar to the rate of those living in a single-parent home.

When politicians, activists, and social commentators talk about inequality, they often leave out the critical role marriage plays in keeping parents and children above the poverty line. There’s long-standing evidence that the breakdown of the nuclear family is the primary reason why the gulf between the “haves” and “have nots” has widened over the past 50 years.

But besides the economic consequences, Americans are beginning to see other reasons why cohabitation is not what it’s cracked up to be. Numerous studies have shown that cohabitating couples—if they do eventually marry—are still more likely to divorce.

In an interview with Alysse ElHage of the Institute for Family Studies, University of Denver social scientist and IFS senior fellow Scott Stanley offered his opinion on the rising tide of public opinion on the issue. He said, “People have seen scores of friends and family members move in together with more of those relationships ending than continuing, so it is possible that the bloom is off the rose.”

If that’s the case, it’s a rose that I’m glad is beginning to lose its bloom, as current cohabitation arrangements have been nothing more than a bouquet of personal, economic, and societal thorns.

Thankfully, Americans are beginning to wake up to that fact, and it’s my hope that the trend toward affirming marriage as good for society, and cohabitation as bad, only continues to grow in the years to come. Men, women, and perhaps most importantly, children are going to benefit from this new awareness. Reagan’s thinking was right after all—the family unit is fundamental and important after all —and thankfully more Americans are beginning to agree.