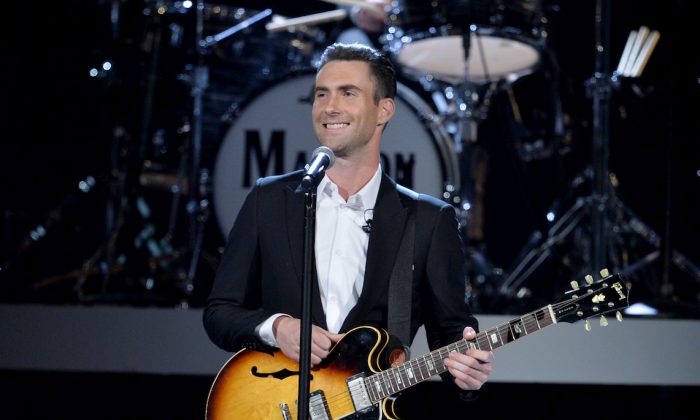 Maroon 5 is donating $500,000 of their Super Bowl earnings to a children’s charity.

“Playing the Super Bowl has been a dream of our band for a long time,” singer Adam Levine told E! News last week.

He added: “We thank the NFL for the opportunity and also to them, along with Interscope Records, for making this donation to Big Brothers Big Sisters, which will have a major impact for children across the country.”

Big Brothers Big Sisters of America, according to its website, is a 501 nonprofit organization to help “children realize their potential and build their futures. We nurture children and strengthen communities. And we couldn’t do any of it without you.”

“We believe that all of our nation’s youth need someone who believes in their potential, and we are so honored that the NFL, Interscope Records, and Maroon 5 are supporting Big Brothers Big Sisters of America in our important mission,” Pam Iorio, the charity’s chief, told E! News.

“I back anyone who takes a stand for what they believe in,” performer Travis Scott previously said. People magazine reported that he agreed to perform during the Super Bowl if the NFL makes a joint donation to a charitable cause.

He said, “I know being an artist that it’s in my power to inspire. So before confirming the Super Bowl Halftime performance, I made sure to partner with the NFL on this important donation.”

Meanwhile, after Levine’s band was derided for their performance, he released a statement via Instagram.

He went on Instagram and wrote a missive alongside an image of the “One Love” light display that was featured in the performance.

wow the highlight of Adam Levine’s performance was definitely that his shirt looked exactly like pillows that an alarming amount of people happen to have from Target #SuperBowl pic.twitter.com/UL8WjdpJaY

“When we accepted the responsibility to perform at the SBHTS, I took out my pen and just wrote,” Levine, 39, said on Instagram.

He added: “Some of the words that came to me in that moment eventually made their way onto the incredible lanterns that flew high and low tonight. We thank the universe for this historic opportunity to play on the world’s biggest stage. We thank our fans for making our dreams possible. And we thank our critics for always pushing us to do better. One Love.”

“It’s a cop-out when you start talking about, ‘I’m not a politician; I’m just doing the music.’ Most of the musicians who have any kind of consciousness whatsoever understand what’s going on here,” he said.

According to the Los Angeles Times, Super Bowl 53 had the lowest ratings in more than a decade.

The game averaged a 44.9 rating in the 56 markets as measured by Nielsen. It’s down 5 percent from last year, and its the lowest since 2008.

According to the Nielsen data, 98.2 million viewers tuned in to watch.