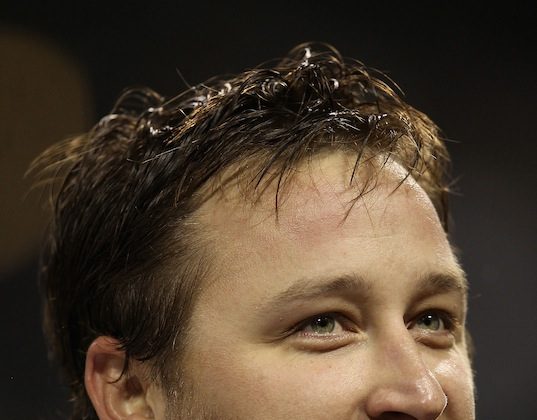 Mark Buehrle is one of three major free agent acquisitions the Miami Marlins have made this offseason. (Jonathan Daniel/Getty Images)
Baseball

You have got to hand it to the Marlins. They sure know how to bring excitement to baseball during the offseason. The (now) Miami Marlins moved to a new home, unveiled new uniforms, hired a new manager, and are now the proud owners of a trio of high-profile players—a list that could grow before the week is over.

The Marlins got the winter meetings off with a bang, signing former Mets shortstop Jose Reyes to a six-year, $106-million-dollar deal. Reyes had been perused by the Marlins since the minute the free-agent-signing period began last month. The All-Star said during his press conference the Marlins’ immediate pursuit was a big factor in his choosing to head to South Beach instead of staying in New York.

The Marlins caused an Internet stir, when it was announced they had offered prized free agent Albert Pujols a 10-year deal. The two sides never came to an agreement, so the Marlins jumped back into the market, snagging up prized pitching free agent Mark Buehrle. The former White Sox lefty will reteam with Ozzie Guillen, who managed him during their days in Chicago.

The Marlins also gave their bullpen a substantial boost, agreeing to terms with closer Heath Bell from the Padres for $27 million. Bell will rejoin Reyes, his teammate in New York from 2004-06.

The moves mean the Marlins have substantially improved their lineup, but they have also substantially increased their payroll into “Yankee-like” numbers at almost $200 million. The Yankees made the “win at all cost” mentality work, producing a championship in 2009, but the past few seasons have produced little offseason activity due in large part to the heavy contracts their super stars are currently in.

If there was one freebie for the Marlins, it was the hype, which now a days is worth a lot. Twitter has been abuzz with talk, good or bad. The Marlins owners hope the chatter turns into people in the seats come April.