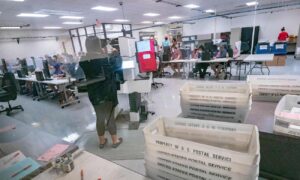 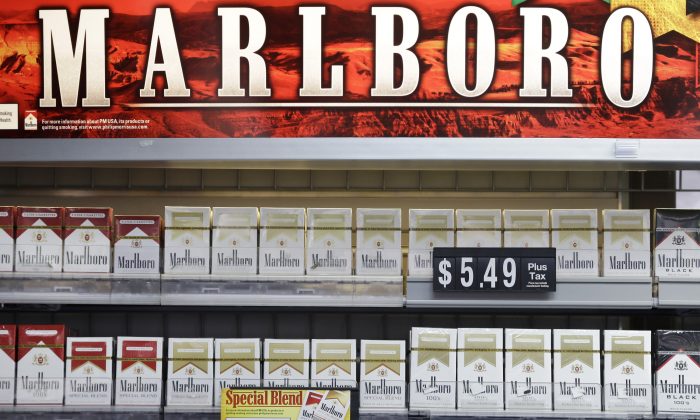 Marlboro Gold and other Marlboro varieties of cigarettes are displayed in a Little Rock, Ark., store Wednesday, Oct. 23, 2013. (AP Photo/Danny Johnston)
US

NASHVILLE, Tenn. — Under a new state law, Tennessee retailers will have to charge smokers at least 15 percent more than the wholesale cost. The surcharge is theirs to keep.

That increase follows last year’s law requiring supermarkets to sell wine at least 20 percent above cost and another longstanding 10 percent markup on milk. State law refers to those margins as “the cost of doing business.”

Justin Owen, the head of the conservative Beacon Center think tank, on Wednesday called those markups a “hidden tax increase” — except that the proceeds are funneled to retailers instead of into state coffers.

“Government has no business taking more money from consumers by force of law and handing it over to retailers,” he said.”

The markup on cigarettes was hiked from 8 percent to 15 percent, or the equivalent of an increase from 41 cents on each pack of cigarettes to 76 cents per pack over the next two years.

The change was made at the urging of Senate Speaker Ron Ramsey, R-Blountville, who said he was persuaded by the arguments of the Johnson City-based Roadrunner chain of convenience stores that operate in Tennessee, Kentucky, Virginia and North Carolina.

Ramsey said he was “100 percent there” on that the state doesn’t need to be in the business of setting prices.

“But if we are, it ought to be as minimal as possible,” he said. “Make it at least more free market than it was.”

Questioned by reporters how increasing the markup on cigarettes meets those free market aims, Ramsey said: “It allows you to compete with states around you.”

“They sat down and laid this out to me on how this helps them in the state of Tennessee,” Ramsey said. “And they convinced me.”

Republican Gov. Bill Haslam signed the cigarette and wine markup bills into law. The family-owned Pilot Flying J truck stop chain stands to benefit from the cigarette hike and could gain from wine markup if stores decide to sell the product in the future. But the Haslam administration played no role in passing either law.

The governor said in a recent interview that he hasn’t put “a whole lot of philosophical thought” into whether the state should set minimum prices on retail goods. But Haslam said historically the markup laws have been used to protect small retailers from being undercut on price.

“There’s not a lot of places where government dictates markets,” he said. “They tend to usually be in controlled substances.”

The markup on wine was passed as part of a larger measure that will for the first time allow wine to be sold in supermarkets and convenience stores in dozens of cities and counties that approved the practice in referendums in November. Supporters said the measure would keep large retailers from selling wines at artificially low prices to attract customers to their stores.

Calls to revise that and other provisions of the wine-in-supermarkets law failed during this year’s legislative session.