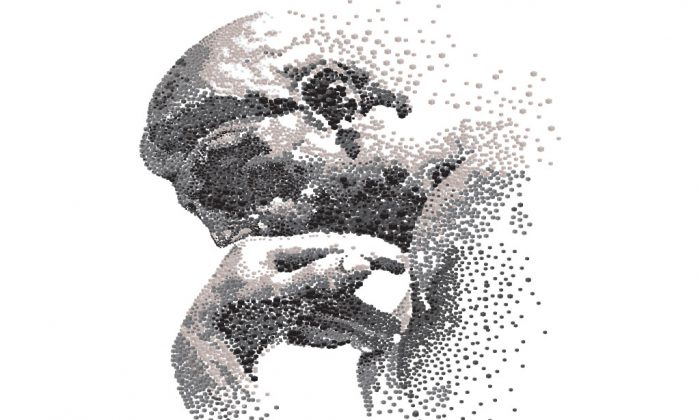 Markets Are About Much More Than Material Goods

Murray Rothbard once noted that “One of the most common charges leveled against the free market is that it reflects and encourages unbridled ‘selfish materialism’ … it distracts man from higher ideals. It leads man away from spiritual or intellectual values.” But that allegation is far from true.

Freedom in making economic arrangements does not directly address people’s ultimate, higher ends. But that is because they are internal to each individual. However, the same thing is true of all external expedients. None can directly advance higher ends, which cannot be imposed from without. However, freedom does advance the potential for greater achievement of those ends, by offering individuals the most effective means of removing scarcity’s impediments.

Think of time spent toward ultimate goals as time available, minus time spent on other concerns. The less time necessary to support oneself and one’s family, the more “ultimate time” is available. This is advanced by gains in productivity, for which freedom has no peer. When freedom is externally restricted, ultimate time must also be reduced by time “governors” spend trying to control, dictate, or enforce compliance on others and time the “governed” spend in complying with or evading those impositions. These diversions, which arise from every alternative to freedom, further detract from individuals’ ability to pursue their ultimate ends, while violating and corrupting morality by necessitating the use of harmful means.

In contrast to critics’ assertions, the worldly arrangements that freedom makes so much more productive do not distract individuals from advancing ultimate ends. They reduce the necessary distractions of earning a living. By reducing that inescapable toll on our efforts, freedom is not a substitute for those ends, but a complement to them, enabling them to be more effectively attained.

Economic freedom also requires that our efforts that allow us to advance toward our ultimate ends simultaneously advances others’ prospects for achieving their ultimate ends. Coercion, in contrast, advances one’s ultimate ends at the expense of others’ efforts in the same direction.

The ends one may choose to pursue (e.g., standing for the truth and having good character) are also often inconsistent with many means of acquiring the resources to pursue them (e.g., political means), making the growth of moral values another important advantage of market systems. For instance, only in a system of self-ownership and liberty is the biblical command not to steal followed rather than finessed. Hard work, prudence, thrift, and responsibility are also encouraged by freedom.

In addition, unlike any version of dictation to all, under freedom, the variety of ultimate ends pursued and the various choices made in those pursuits allow each individual to observe and compare differing results to better judge what will “work” for them in their lives.

There is also a positive relationship between the wealth created by economic freedom and the ensuing expansion of human possibilities in arts, sciences, and humanitarian actions it makes possible. Higher productivity enables that expansion rather than contracting it.

The desire for more material goods is exhibited in every economic system, not just capitalism. And while critics assert that capitalism’s potential to produce more material goods leads people addictively down the road to a monomaniacal focus on materialism, a stronger case can be made in the other direction. It is those who lack the most basic goods who are most focused on getting them to the exclusion of much else.

There is also irony in accusations that freedom causes materialism, when obtaining increased abundance was the original argument for socialism. But when a socialistic organization has proven to create poverty and capitalism inconceivably greater wealth, that once-promised result now supposedly makes us materialists.

So what can we conclude about the “selfish materialism” assertions against capitalism?

Freedom does not directly advance ultimate ends, but that is because they cannot be provided through external expedients offered by any form of social organization. But freedom does more to make those ends possible than any alternative.

Freedom’s massive expansion of productivity allows people to release far more time and effort for pursuing ultimate goods, making freedom a complement to, rather than a substitute for, attaining ultimate ends. Freedom further requires that the pursuit of one’s ends must at the same time expand others’ freedom to pursue their ends, while coercive alternatives contract that ability for others.

Freedom allows people to learn from others’ examples to discover what will work better in advancing their ultimate ends and offers individuals the maximum potential for moral growth. It rewards responsibility and is the only system consistent with the imperative that “you shall not steal.”

Freedom-enabled bursts of productivity and wealth creation have led to consequent outbursts of creativity and learning, improved health and humanitarian advances. It is also more likely that the persistent denial of the fruits of one’s labor to individuals in unfree systems, and not the greater output potential that freedom provides, that makes people, of necessity, far more materialistic.

“Selfish materialism” is intended by its users as a serious epithet against self-ownership and voluntary relations, the heart of free markets. But careful thinking reveals it as a false charge. It is, instead, a Trojan horse to get past the defensive gates of rational discussion, to enable some to impose their views on others.

Gary M. Galles is a professor of economics at Pepperdine University. He is the author of “The Apostle of Peace: The Radical Mind of Leonard Read.” Republished from Ludwig von Mises Institute under Creative Commons License 3.0.

*Image of “thinker” via Shutterstock