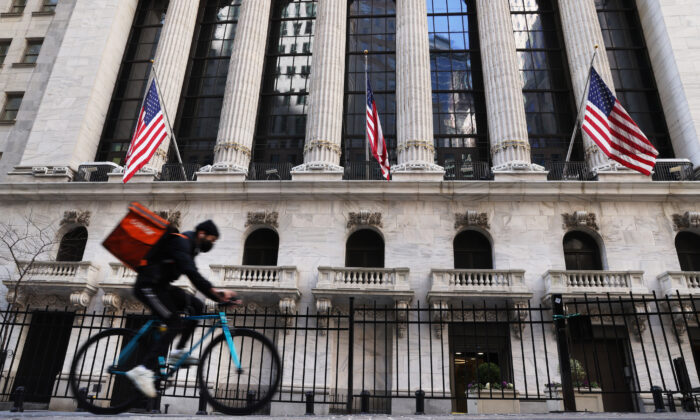 European stocks rose on the morning of Sept. 16, oil prices inched up modestly after the previous day’s sharp gains, and the dollar ticked up as investors considered a mix of economic data and looked to next week’s Federal Reserve policy meeting that could provide clues for a rollback of stimulus measures.

Oil prices inched up on Thursday after first seeing a slight pullback following sharp gains the previous day on the back of a larger-than-expected drawdown in crude oil stocks in the United States.

Wednesday’s sharp rally in oil prices was prompted by a report (pdf) from the Energy Information Administration (EIA) showing that U.S. crude inventories fell by 6.4 million barrels for the week ended Sept. 10. The drop was sharper than the forecast drop of 3.5 million barrels, projected by analysts at S&P Global Platts.

Asian shares fell again on Thursday, led by a 1.46 percent drop in the Hong Kong benchmark index, following a raft of weak economic data from China.

European stocks rose on Thursday, with a rebound in travel stocks and a strong showing in Wall Street equities helping offset the impact of lackluster data from China. The European STOXX 600 index rose 0.69 percent by 5:21 a.m. New York time, lifting off a six-week closing low hit in the previous session.

The dollar index, which measures the currency against six rivals, edged up 0.26 percent to 92.79 by 5:11 a.m. New York time, remaining within the week’s range. The dollar hit a two-week high of 92.887 at the start of the week, only to drop to a one-week low of 92.321 on Tuesday after a softer-than-expected inflation report. It hit a monthly low of 91.941 on Sept. 3, when a disappointing jobs report sparked a selloff.

Traders are focused on next week’s Federal Reserve policy meeting for indications as to the timeline for the central bank to begin paring back its massive bond buying program. Fed officials have been discussing when to start tapering the Fed’s $120 billion in monthly Treasury and mortgage security purchases, a process that would reduce the number of dollars in circulation and so put upward pressure on the price of the greenback.