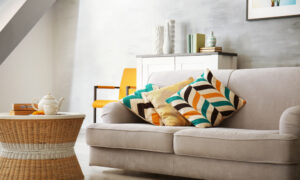 In the wake of allegations that Facebook regularly suppresses conservative news sites on its website, CEO Mark Zuckerberg has invited conservative pundits, including Glenn Beck, to the company’s headquarters.

“Mark wanted to meet with eight or 10 of us to explain what happened and assure us that it won’t happen again,” Beck wrote in a Facebook post. “How does a company who allowed voices to be heard in Iran and Egypt, which sparked revolution, silence voices of anyone here?”

Facebook has vehemently denied the reports that there was any systemic suppression of conservative news sites.

“I want to have a direct conversation about what Facebook stands for and how we can be sure our platform stays as open as possible,” Zuckerberg wrote in a post on Thursday.

Beck wrote that he plans to attend the meeting.

As a result of the allegations, the Senate has launched an inquiry into Facebook, although Beck said he supports the decision of the private business to do as it pleases, even if it’s the wrong choice.

“[I] will stand for any man’s right to be truly free and run his business the way he sees fit. Enough of beating people in submission. That is not who we are,” Beck wrote.

Still, Beck said he hopes that Zuckerberg will stand for “freedom of speech” independent of pressure from the government or its consumers.