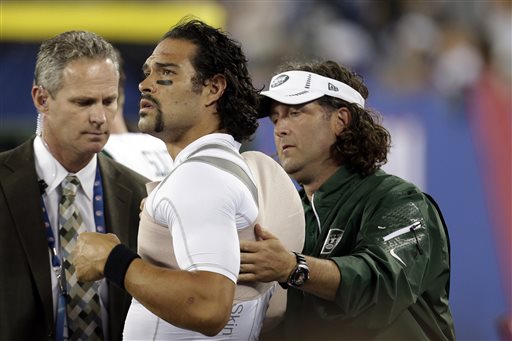 Sanchez suffered an injury during the preseason.

His backup, top draft pick Geno Smith, was inserted as the starter for Sanchez.

Against the Atlanta Falcons in a win on Monday night, Smith passed for 199 yards on 16 of 20 attempts.