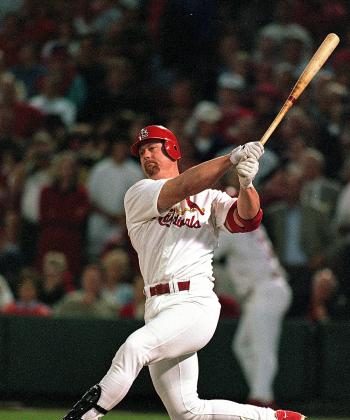 In a statement sent to Associated Press on Monday, McGwire spoke of regrets over his use of the controversial performance-enhancing drugs. “I wish I had never touched steroids,” the statement read, as reported by Fox News. “It was foolish and it was a mistake. I truly apologize.”

Mark McGwire’s testimony at a 2005 U.S. Congressional hearing examining the use of performance enhancers in Major League Baseball was seen as evasive by many in sports media, further raising suspicion about the slugger’s steroid use.

Monday’s statement was the first time the player had admitted to using steroids.

“Looking back, I wish I had never played during the steroid era,” McGwire’s statement concluded.

McGwire’s 1998 season was the stuff of legends, when both he and Sammy Sosa captured the hearts of baseball fans as they both chased the single-season 61 home runs record of Maris.

Both players broke it, with McGwire reaching 70 home runs and Sosa 66.

Barry Bonds, who is also suspected by some in sports of using steroids, is the present single-season record holder, breaking McGwire’s record in 2001 by belting 73 homers.

Bonds is also the all-time home run leader in baseball, hitting 762 over his 21-year career.