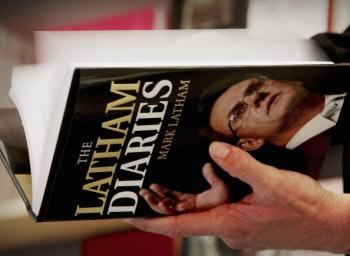 Former Labor leader Mark Latham said he would be handing in a blank paper. (Ian Waldie/Getty Images)
US

The journalist and former Labor leader urged other Australians to follow suit in "the ultimate protest vote" because, in his opinion, the current political leaders do not deserve votes.

"The Commonwealth Electoral Act doesn't contain an explicit provision that says you can't talk over your fence to a neighbour and say that you should cast a blank ballot paper at the election," he said.

However, there are restrictions to speaking about formal votes. "As I said before though, there are provisions around misleading someone about casting a formal vote," Diak added.

During a campaign for the Liberal Party in Perth, Western Australia, Former Prime Minister John Howard said he would never make such a recommendation, reported the West Australian.

Opposition Leader Tony Abbott said Mr. Latham had given voters a "very, very bad bit of advice," according to The Age.

He also pointed out that prime minister Gillard once backed Mr. Latham for the Labor leadership. "Mark Latham and Julia Gillard were a two-person mutual admiration society," he said.