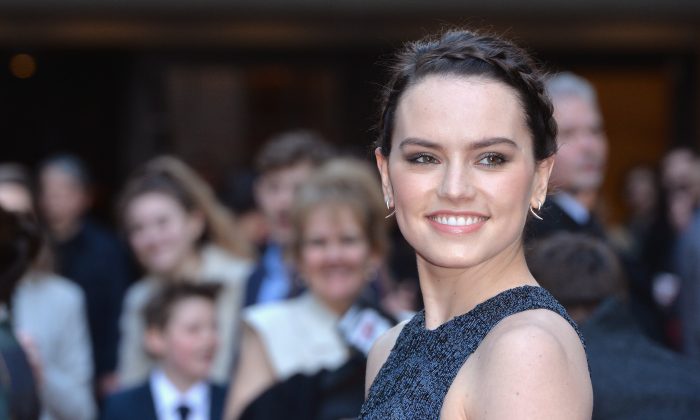 Mark Hamill and Daisy Ridley Photo Gets Photoshopped to Death

When Mark Hamill gave Daisy Ridley an awesome birthday gift, he had no idea what he was starting.

A long time ago (last week I think) In a galaxy far, far way(@PinewoodStudios ) THIS happened! Happy Birthday Daisy! pic.twitter.com/dYc9j65YBD

The internet proceeded—in predictable fashion—to freak out. The adorable photo got photoshopped into oblivion. Adapting the photo to reinterpret a Michelangelo masterpiece and inserting the pair into the “Game of Thrones” universe were among the more innocent edits.

Not my creation, @HamillHimself, but I figure you should see this anyways. pic.twitter.com/F8gfns5mg0

@HamillHimself I took you out of the @PinewoodStudios car park and put you on #Dagobah 🙂 pic.twitter.com/jfCroyiNUz

@HamillHimself I love art how is this not in a museum yet pic.twitter.com/jiYfD794Ta

@HamillHimself Someone on the internet fixed it for you pic.twitter.com/fMViRrFhiI

@HamillHimself @PinewoodStudios Someone beat me to Yoda, so I added tauntaun. Where to from here? pic.twitter.com/qNq7h0m2nm