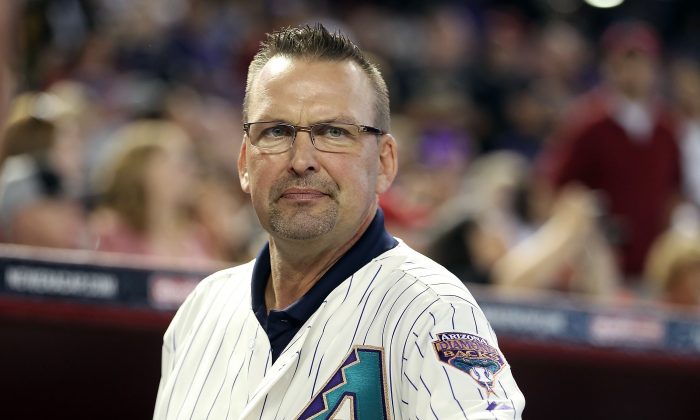 Maricopa County Sheriff’s Department spokesman Joaquin Enriquez said Grace is “a model inmate,” and does a lot of volunteering with cleanup and other activities.

“He is looked up to by other inmates at Tent City,” Enriquez told USA Today.

Grace, who lives in Scottsdale when not in jail, has about six weeks left of his four month sentence, which began on Feb. 10

Grace gets to leave everyday for 12 hours to work as an Arizona Diamondback minor-league hitting instructor.

“He is now beginning his new chapter as a uniformed coach on the field, and I am thrilled for him and us,” Derrick Hall, Diamondbacks president and CEO, said Monday.

Grace was pulled over in August for his second DUI arrest in 15 months.