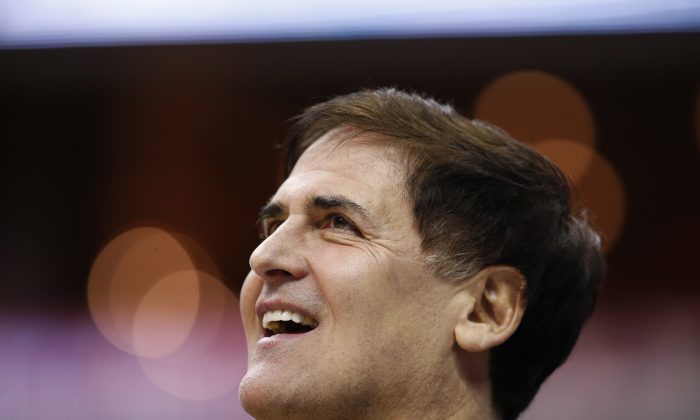 Mark Cuban, who has flip-flopped on supporting Donald Trump or Hillary Clinton but ultimately chose to campaign for Clinton, extended an olive branch of sorts on social media.

“We all need to give President-Elect Trump a chance. Support the good. Lobby against what we disagree on. No one is bigger than us all,” he tweeted. “Let us not forget Sec Clinton will win the popular vote. All Voices Matter as we come together under a new President.”

We all need to give President-Elect Trump a chance. Support the good. Lobby against what we disagree on. No one is bigger than us all

Cuban, the billionaire owner of the Dallas Mavericks, toyed with the idea of supporting Trump—but he ultimately chose to stump for Clinton, appearing in with her in his hometown of Pittsburgh. There, he derided Trump, saying he could be easily bought and influenced by foreign governments.

A number of other celebrities, namely movie stars, have previously commented that they would leave the United States if Trump was elected.