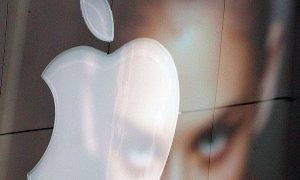 Maritime Piracy on the Rise, An In-Depth Analysis

“There's no national security apparatus that can impose control on these pirates. It's like the wild west,” said Mark Schroeder.

Schroeder is the regional director of Sub-Sahara Africa with Stratfor, an international analysis and intelligence company. He spoke with The Epoch Times from Durban, South Africa about the growing problem of modern day piracy.

On November 18, the Sirius Star, a large Saudi-Arabian oil tanker, and its crew of 25, were hijacked off the eastern coast of Africa.

The ship, which is the largest ever to be hijacked, and its crew are now believed to be held for ransom by a group of heavily-armed Somalian pirates. According to the International Maritime Bureau, between January and September of this year alone, there have been 199 reported incidents of piracy and attempted piracy.

Piracy in the oceans near Somalia has become big business at all levels. “You've got individual pirates that are trying to get on the game,” explained Schroeder, as well as organized crime groups connected to “regional politicians or officials that are tolerating, backing, or supporting pirates, because basically, it's just big money.”

“They've been able to get ransoms ranging from $1 million to $5 million per ship. In a country like Somalia, that's major money where there are very little legal avenues for making serious money,” he said. “Somalia is in a unique circumstance because there's no effective government there.”

With each successful hijacking and takeover of a ship, the pirates have become more skilled at their craft. “Their success kind of feeds off of it and the ransoms they get allow them to buy more weapons, more fast boats, more supplies, and it's really like a growing industry as far as they're concerned,” said Schroeder.

The recent attack on the Sirius Star indicates that the pirates have extended their reach. Until recently, most of the attacks took place in northern Somalia, toward the Gulf of Aden. The Sirius Star, on the other hand, was hijacked off of southern Somalia, an area where such attacks have been extremely rare. According to Schroeder, this is because the pirates have boosted their arsenal.

“They've carried out attacks upwards of up to 100 miles off shore, and more in central and northern Somalia. But this attack occurred some 450-500 miles off the coast, way in the southeast,” he said. “That's really far offshore and it's out of the reach of most maritime shipping.”

The recent capture of a tugboat by one of the gangs has helped make this possible. The tugboat is used as a “mother ship,” carrying supplies and acting as a launch off point for the speedboats, also called “fast boats,” that conduct the attacks.

“They can basically load up and float around the ocean for whatever length of time it takes for them to find a big target and then they go and launch from there,” said Schroeder. “They've been pretty capable of taking over big ships, small ships, private yachts, and all sorts of things.”

The pirates carry heavy weaponry, often arming themselves with RPGs (rocket propelled grenade launchers), AK-47s, and light machine guns. According to Schroeder, these types of weapons are easily attainable in Somalia through its lucrative black market.

“Somalia is just the 'wild west.' There's all sorts of weapons floating around,” Schroeder said. “There's a black market that's flown across from Yemen and Saudi Arabia, and that goes back to the operations of the global war on terrorism. There's even been reports of Ethiopian troops that are intervening in Somalia, selling their weapons on the black market to make side money.”

“There's also a regional trade in small arms, so if they need to get something from a neighboring country, it's not going to be too difficult,” he said.

The weapons most likely originate from other countries and are shipped in for profits. “China is a major arms dealer on a global basis. Russia and former Soviet Union states as well, like the Ukraine, they're major dealers,” said Schroeder. “They're just looking to make money and don't really care where it ends up.”

Recently, a Ukrainian ship that was carrying 33 military tanks and a large assortment of armaments was captured by the pirates while on its way to Kenya. The ship and its crew are still being held ransom by the pirates, who were originally asking for $20 million.

According to Schroeder, the pirates are typically more interested in extorting a ransom rather than keeping the ship's cargo. With the Sirius Star, in particular, he predicts their intentions are to hold it for a high ransom. “There's no port in Somalia, let alone in east Africa, that is capable of docking that kind of ship and unloading it,” he said. “The same goes for the Ukrainian ship carrying all the tanks, there's no port facility that can actually offload that cargo. They're totally just looking for a ransom.”

Despite the valuable cargo of the Sirius Star, estimated to be at $100 million in crude oil, Schroeder said that the final ransom for the ship and its crew will more than likely be a few million dollars. “They may go and request $20 million or $30 million but they've never been able to get something like that,” he said.

“The risk that they always face is that some force is going to launch an attack against them to recover the ship,” said Schroeder. “They don't want that to happen, so they'll be willing to take a few million dollars to let the thing go, wait another day and steal another ship.”

There have been rumors of a possible forceful take-back of the ship by British or U.S. special forces, as two of the crew members of the Sirius Star are British, and the oil tanker was heading for the U.S. There are also an estimated 11 other ships being held ransom near the Star. Schroeder said that the chances of a counter attack are very slim as the only country that has been known to take back captured ships with special forces is the French. “They've gone in twice when their citizens have been hijacked. In both instances they were private yachts that were hijacked. French commandos went in, secured the ships, and flew the pirates back to France to face prosecution,”

“Nobody else has launched an assault to secure the release of a ship. So I don't expect that anybody will do that to secure the Saudi ship [the Sirius Star].”

“Part of it is that very few militaries actually have the capability to intervene and send commandos onto a ship It's literally the United States, France, Britain, Germany, and maybe a couple of others,” said Schroeder. “For all the other countries, like the Malaysians, the Chinese, the Indians, or the Iranians, or the Saudis, they probably don't want to risk what could happen if they launched an operation and it went bad. They will accept the inevitable that they will have to pay the ransom.”

There are military ships in the vicinity, including some UN vessels, but according to Schroeder, they rarely intervene unless they are under attack themselves as their rules of engagement aren't clear on this issue.

“If something happens in the direct area, they will defend themselves, but there are thousands of square miles of ocean and there might be a dozen ships there. In practical terms, it's next to impossible to provide security in that area,” he said.

“Most of these cargo ships, fishing boats, and yachts, have no security on board. When you get a dozen or two dozen pirates coming with machine guns and rockets, basically they give themselves up pretty quickly.”