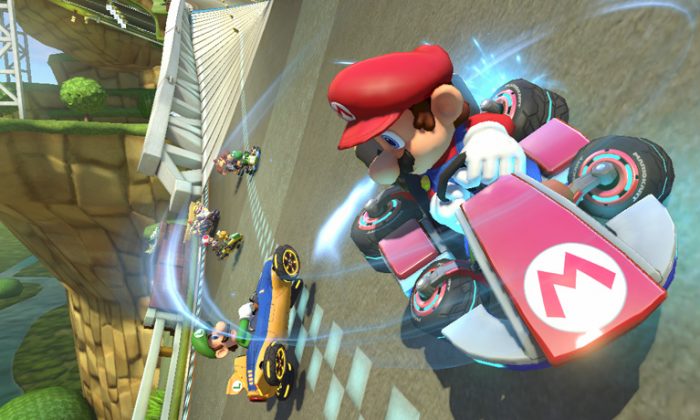 Mario Kart 8 Wii U Bundle Announced for United States, Will be Available Late May

A Mario Kart 8 Wii U bundle has been announced by Nintendo.

The bundle will feature a copy of the game, as well as a 32GB Wii U, a red racing wheel, and a Wii Remote Plus.

The bundle is scheduled to be available starting May 30.

The release date for the game itself will also be released on May 30.

A similar bundle was announced last week for Europe. The £249.99 bundle includes a console as well as a console stand and Nintendo Network Premium membership.

The company is also offering anyone who registers a copy of Mario Kart 8 on Club Nintendo before July 31 a free game out of a number of choices, including Pikmin 3, New Super Mario Bros. U, The Legend of Zelda: Wind Waker HD, or Wii Party U.