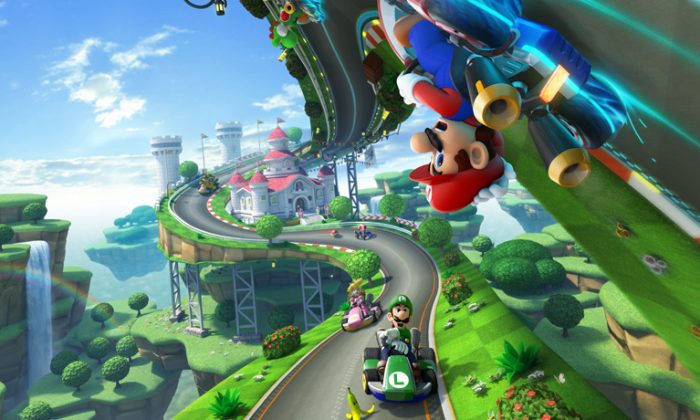 Pre-orders for the Mario Kart 8 release date have started ahead of the game’s release day on May 30.

The wheel is available at GameStop for $9.99 and will be released a week before the actual game.

The plastic wheel is only available in white so far and features artwork from Mario Kart 8 in the middle of the bottom portion.

Mario Kart 8 brings in a number of new features, including the main karts having the ability to race on vertical and upside-down roads through anti-gravity tracks.

They’ll also have the ability to race underwater like in Mario Kart 7.

The game may be bundled with the console as the Wii price continues dropping, according to MCV. Anonymous sources said that this may be one of the last chances for the struggling Wii U.

“A sub-£200 machine will help, and Mario Kart is desperately needed to reach the fans,” said the games boss of one of the UK’s biggest retailers. “We also need something revolutionary that makes use of the second screen and has mainstream appeal, which is easier said than done.”

A buyer at an online games store added: “There is only one real last chance for Wii U and it is Mario Kart 8. It could still be the game that sparks interest in Wii U, but it would need to be combined with a more mass market retail price.”