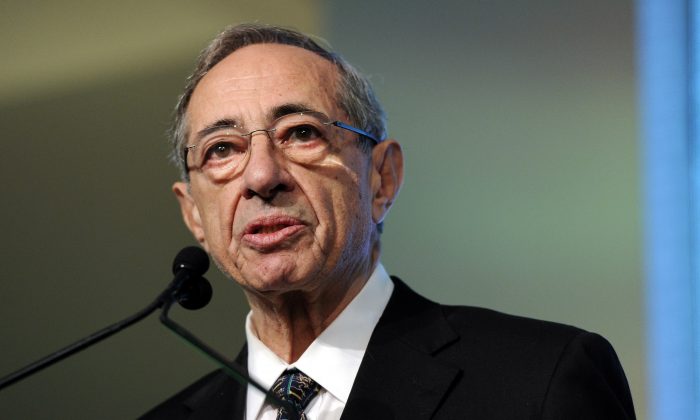 Mario Cuomo, the New York governor, has died at the age of 82.

Many people who have lived in the state for a while will remember Mario for his public service, including his many memorable speeches and quotes.

Mario helped guide his son Andrew Cuomo into politics as well. Andrew is currently the governor of the state.

Check out some of Mario’s best quotes below.

1. “You campaign in poetry. You govern in prose.”

4. “Every time I’ve done something that doesn’t feel right, it’s ended up not being right.”

5. “I talk and talk and talk, and I haven’t taught people in fifty years what my father taught me by example in one week.”

7. “How simple it seems now. We thought the Sermon on the Mount was a nice allegory and nothing more. What we didn’t understand until we got to be a little older was that it was the whole answer, the whole truth. That the way — the only way — to succeed and to be happy is to learn those rules so basic that a shepherd’s son could teach them to an ignorant flock without notes or formulae.”

8. “I protect my right to be a Catholic by preserving your right to believe as a Jew, a Protestant, or non-believer, or as anything else you choose.”

9. “I think it’s already apparent that a good part of this Nation understands — if only instinctively — that anything which seems to suggest that God favors a political party or the establishment of a state church, is wrong and dangerous.”

10. “Entertainers and sports figures achieve fame and wealth but find the world empty and dull without the solace and stimulation of drugs.”

11. “I watched a small man with thick calluses on both hands work fifteen and sixteen hours a day. I saw him once literally bleed from the bottoms of his feet, a man who came here uneducated, alone, unable to speak the language, who taught me all I needed to know about faith and hard work by the simple eloquence of his example.”

12. In the end, I’m convinced we will all benefit if suspicion is replaced by discussion, innuendo by dialogue; if the emphasis in our debate turns from a search for talismanic criteria and neat but simplistic answers to an honest — more intelligent — attempt at describing the role religion has in our public affairs, and the limits placed on that role.”

13. “There are few things more amusing in the world of politics than watching moderate Republicans charging to the right in pursuit of greater glory.”

14. “People expect Byzantine, Machiavellian logic from politicians. But the truth is simple. Trial lawyers learn a good rule: ‘Don’t decide what you don’t have to decide.’ That’s not evasion, it’s wisdom.”

15. “There are only two rules for being successful; one, figure out exactly what you want to do, and two, do it.”