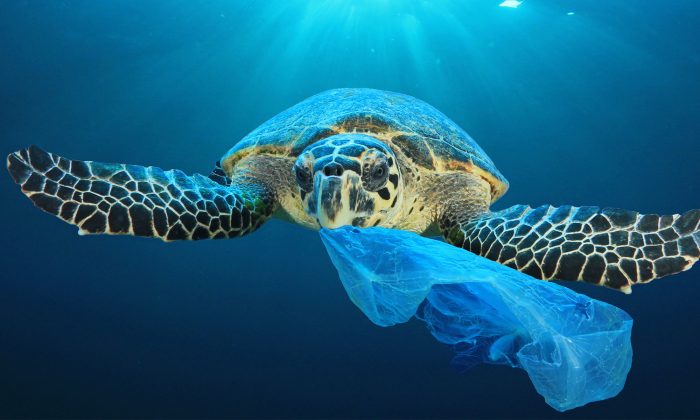 Humans across the planet have been working furiously to reverse the effects of years and years of careless littering and waste, with organizations dedicating thousands of dollars and man hours to combat the pollution and animal risk posed by things like poaching, fossil fuels, and single-use plastics.

Various parts of the world have started to develop initiatives to limit the frequency of single-use plastics, which have been causing irreparable damage across the planet’s oceans and landfills.

There are LESS THAN 57 Māui dolphins remaining and it is OUR job to save them!

Please click the link below to sign the Care 2 Petition to protect the Māui dolphin from EXTINCTION! #care2 #dolphin #extinctionhttps://t.co/nEKruCYAGJ

For the marine biology defense group Sea Shepherd, though, the current initiatives aren’t getting the job done. So they’ve launched a startling computer-generated photo campaign to show the world exactly what the pollution from their plastics is causing.

The group, who are classified as a non-govermental organization operating to save the oceans since 1977, used computer graphics effects to create images of sea animals choking on the plastic bags that float out into the oceans. The images were then circulated on social media, where they were picked up and spread around both for their shock value and their efficacy:

A small change in our daily habits can help alleviate the suffering of marine animals.Visit https://goo.gl/U6rnbi to learn how you can help.#SeaShepherd #OpCleanWaves

“Sheesh. Sea Shepherd telling us how it is,” wrote user Keri Miller.

Another conservation scientist, Professor Brendan Godley, shared the images on Twitter with the invitation to discuss the images and how they may impact the public.

“Interested to know whether people agree with the poetic license used,” he wrote, linking to an article on the campaign published by The Sun.

The conversation surrounding the images has been about as heavily charged as one would expect, with Twitter users writing that the concept behind them “hurts their heart” and the Sun describing it as “horrifying.”

One of the respondents to Professor Godley mused that it could have the opposite intended effect if people become too desensitized to what they’re seeing.

“Talked about this before with @andyhughesphoto,” wrote PhD researcher Timur Jack-Kadioglu. “Will people become desensitized to plastic waste imagery as sometimes happens with humanitarian aid shock campaigns? Does it make it more challenging to communicate more abstract (but arguably bigger) threats of CC & overfishing…”

It’s true that shock-value campaigns can sometimes cause people to become less uncomfortable by horrifying images as they grow more accustomed to them, and others may have trouble looking at the images in the first place.

On the other hand, though, the danger the images depict is very real—an estimated 700 recorded marine life species have ingested plastic bags in recent years alone, and the risk of extinction for countless fish and other marine life animals increases with every human pollution-related death. Sea Shepherd is reportedly working with Tribal Worldwide Brazil and DDB Guatemala to provide tips on recycling and alternative containers to use as a part of the campaign, so it’s not just shock for the sake of visual discomfort.

The organization explained that they’ve found animals killed in this manner over their years of work, though, so they don’t plan on backing down. Hopefully, the work they do will save enough lives that imagery like this no longer needs to be used at all—because humans have learned to be more careful about how they treat their environment.