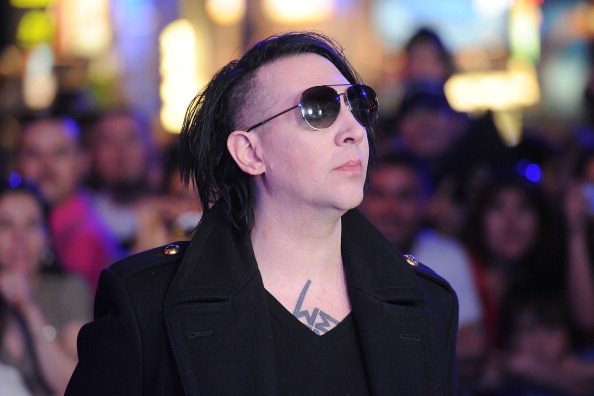 Marilyn Manson Mother Dies: Barbara Warner Dead at 68; He says that ‘I hope I see you again someday’

Marilyn Manson’s mother, Barbara J. Warner, has died, and the singer is mourning her death.

According to CantonRep.com, she died last week after battling with dementia.

“Mother, to the first and greatest believer in me … I hope I see you again someday. But not now, because I have more things I promised I would do. I’ll make you proud and satisfied that you know that you made the son you wanted. I love you,” Manson wrote on Facebook on Sunday.

CantonRep posted an obituary for Warner.

“Barbara J. Warner age 68, passed peacefully on Tuesday after a long battle with dementia. She was a wife, lover, mother and friend who will be missed forever. Survived by her husband, Hugh A. Warner; and a son, Brian H. Warner. Services were private. The Lamiell Funeral Home is in charge of arrangements. In lieu of flowers donations may be made to the Alzheimer’s Association. Condolences may be made to www.lamiellfuneralhome.com.”

On Manson’s Facebook page, a number of people offered their condolences.

“You know how to make beauty in sadness, good energy for you this hard time, greetings from Chile,” one person wrote.

“Not as a fan..but as a human being..I truly am so sorry for your loss. No fancy sayings or dark poetry..I just wanted to let you know some of us really do care about Brian…just Brian. Again..my condolences,” said another.

Added another, “I’m am so sorry for your loss, I’m so glad you knew how proud of you she was, that shows what a great mother she has been. Keeping you and your father in my thoughts and prayers..”

Wrote one: “I’m so sorry about your mom. She created a legend and she lives on through you!”

Manson is seen talking to his mother on the phone in 2000 on “MTV Diary” in a clip that can be watched on YouTube here.  “Since my parents retired, I’ve been kind of taking car of them,” he says, as he’s seen talking on the phone. “They were living in Ohio but I brought them out to California.”

His mother says on the phone, “Everything you hear about him is true. All the bad things, right?” She then asks him if she can watch his dog. He then says, “Alright, I love you too,”

“The thing that makes me happy the most is knowing that you’ve got people around you that care about you,” he says to the camera.