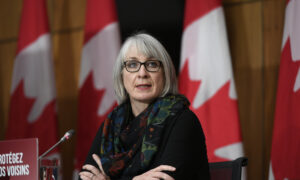 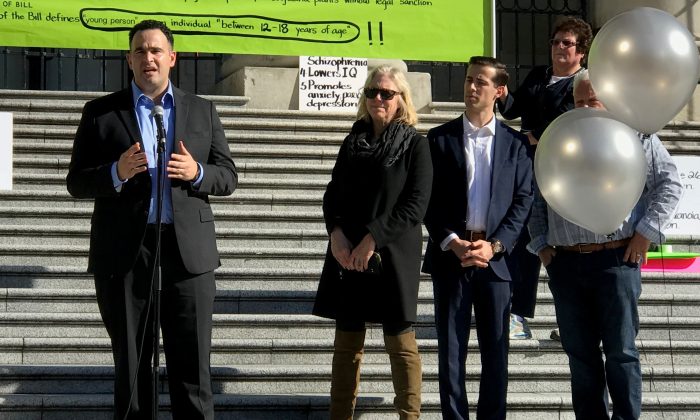 Dr. Kevin Sabet, president of the U.S. chapter of Smart Approaches to Marijuana, speaks at an anti-pot legalization rally in Vancouver on Oct. 17, 2018. The drug’s benefits may have been overstated by political advocates and scientists. (The Epoch Times)
Viewpoints

Marijuana users want society to believe the very thing they’ve told themselves for years—that the highs of marijuana far outweigh its lows when it comes to health and the effect on the masses.

Cannabis is demonstrably helpful for a limited number of conditions and even then may not be the best clinical first choice.

In Canada, medical marijuana use has grown dramatically from just 7,914 registered users in 2014 to 201,398 in 2017. This prevalence varies widely, from just 0.07 percent of the population in Quebec to 1.7 percent in Alberta. But as popularity has grown, many doctors have wanted more guidance as to when cannabis is an appropriate option.

From a public relations perspective, medicinal marijuana was a no-brainer for pot enthusiasts. Once society conceded an upside to marijuana, it became difficult to argue for its prohibition to prevent harm. It should surprise no one if marijuana’s benefits have been overhyped or overstated, not only by political advocates but also by researchers whose bias may have helped them find what they wanted to see. Perhaps some were blinded by the haze of their own consumption.

Researchers at the University of Alberta found the positive case for pot was weaker than many have been led to believe. G. Michael Allan and 18 colleagues looked at 31 systematic reviews of the therapeutic effects of cannabinoids, which altogether encompassed 1,085 studies. Allan’s team found that while studies were plentiful, quality was rare. Randomized clinical trials were limited or absent. Small sample sizes and short durations were common, making false positives more likely. Important quality markers were often absent, undermining the reliability of the results, if not creating outright bias.

Earlier this year, the Canadian Family Physician published Allan’s “Simplified guideline for prescribing medical cannabinoids in primary care.” Copies were sent to 30,000 doctors, recommending that cannabinoids be prescribed solely for “neuropathic pain, palliative and end-of-life pain, chemotherapy-induced nausea and vomiting, and spasticity due to multiple sclerosis or spinal cord injury.” Only the synthetic cannabinoid of nabilone or nabiximols is recommended, and even then only after two other options have been tried.

These options exclude actual pot-smoking, partly because the chemical composition of an individual plant always varies – sometimes substantially. Cannabis has more than 500 compounds and over 100 cannabinoids have been identified. Tetrahydrocannabinol (THC) is the primary psychoactive component. Cannabidiol (CBD) is also significant and seems to prevent some of the adverse effects of THC.

Marijuana has grown in potency in both America and Europe. One study of American pot showed that in the 20 years following 1995, THC content had tripled while CBD dropped. Whereas THC content had been 14 times that of CBD, by the end of 2014, that number was 80.

Allan prefers that doctors prescribe cannabis as a third option at best, due to such potential harms as brain damage.

One 25-year study of 4,000 young adults found that marijuana lowered verbal memory. A study in New Zealand found that frequent marijuana use in adolescence led to a loss of six IQ points in mid-adulthood, even if consumption stopped in adulthood.

High cannabis use also correlates with mental health problems. Use in adolescence increases the risk of schizophrenia-like psychoses and can actually trigger them. Cannabis users develop psychosis two or three years earlier than others—an effect not seen from alcohol or other substance use.

Amotivational syndrome is a chronic disorder first recognized in the 1960s by patients with longtime cannabis use. This involves changes in personality, emotions, and brain function characterized by inward-turning, apathy, and blunted affect.

The potential for lung damage and cancer due to marijuana smoking is greater than that for tobacco. One study even suggested that smoking one joint a day caused the same lung damage and cancer risk as 20 cigarettes. Higher carcinogenic content is part of the reason but a greater degree of inhaled smoke is the other. THC also suppresses the immune system.

Cannabis can also cause acute pancreatitis, though the exact mechanism is unclear.

In addition, marijuana’s cure for budget deficits has been overstated. The federal government has already spent $800 million to prepare for legalization, gobbling more than the first year’s tax revenues.

The majority of health and social costs won’t be borne for decades. By then, history books will show how marijuana legalization was the successful prescription to mobilize the millennial vote.

Lee Harding is research fellow for the Frontier Centre for Public Policy.