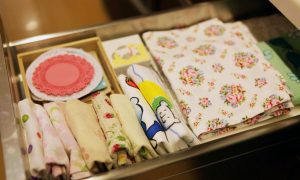 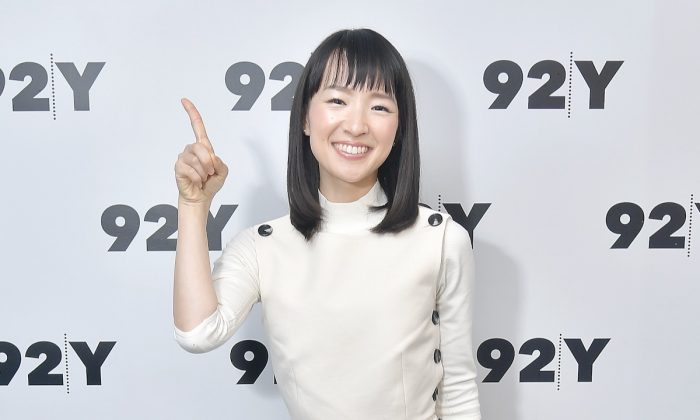 Thrift stores have seen a surge in donations since home organization expert Marie Kondo appeared in her new Netflix show.

Kondo’s new show, “Tidying Up with Marie Kondo” first aired on Netflix on Jan. 1. Since then, the effect on society is already measurable, according to a report by CNN.

“People are determined to clean up their homes,” said New York City clothing thrift shop manager Leah Giampietro, via CNN. “They have been really large bags. Ikea bags, suitcases or garbage bags. It’s really hard to estimate the amount but it has been a ton of stuff, but I can say thousands of pieces a day.”

Giampietro manages one of Beacon’s Closet’s locations in New York City. She said January is usually the slow season for donations, but since the Marie Kondo Netflix show began, things have changed.


Ravenswood Used Books, in Chicago, received a month’s worth of used book donations in a week, after being virtually invisible to consumers.

“We’ve been in this location for four years, and people would walk up and down the street, and never noticed us before,” owner Jim Mall told CNN. “I think a lot of people are now beginning to know us.”

Kondo’s books had already made an impact, but the Netflix deal confirmed her dominance in the field of organizing and cemented her place in the larger cultural sphere.

My @netflix show, “Tidying Up With Marie Kondo,” premieres today! I hope the series sparks joy for you all and inspires a tidy start to the new year. #newyearnewjoy #TUWMK

Kondo became a phenom in Japan due to her decluttering business and her subsequent books on the topic. Her first book in English, “The Life-Changing Magic of Tidying Up,” was released in 2014, The Cut reported. It became a New York Times Bestseller, and Marie Kondo made many media appearances promoting her method of clutter categorization, clothes folding, and asking if your beloved items/potential trash still “spark joy.”

An example of Kondo’s method came when she was organizing the bookshelf of New York magazine’s design editor, Wendy Goodman.

“It’s going to be labor-intensive and time-consuming, but you need to take all the books down and put them on the floor,” said Kondo, via The Cut. “Take them down and spread them in one area. Physically pick each book up, one by one. If the book inspires you, keep it. If not, it goes out. That’s the standard by which you decide.”

Season 1 of “Tidying Up with Marie Kondo” consists of eight episodes. But there are numerous videos of Kondo tidying up homes on YouTube, or of others following Kondo’s books, showing the results they are getting, and further spreading the Kondo message.

Kondo’s books are in multiple languages. She has four books for sale in English, according to her Amazon and Barnes & Noble pages. Besides the book that rocked closets, drawers, and desks across America, “The Life-Changing Magic of Tidying Up: The Japanese Art of Decluttering and Organizing,” she also has “Spark Joy: An Illustrated Master Class on the Art of Organizing and Tidying Up.”

There is also a comic book edition of the original, “The Life-Changing Manga of Tidying Up: A Magical Story,” perhaps making the method even that much more accessible and making it easier to gain younger adherents. She also sells a “gratitude journal,” where adherents to the method can write in journal pages about things that “spark joy” in their lives, on pages adjacent to inspirational quotes taken from the main book.