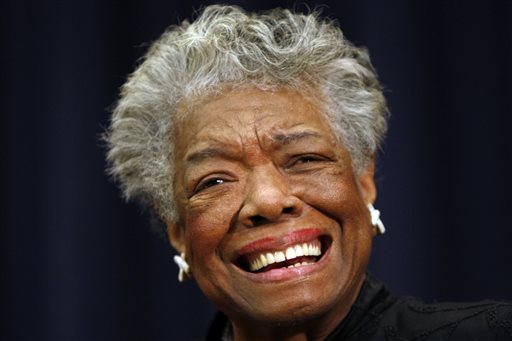 In this Nov. 21, 2008 file photo, poet Maya Angelou smiles at an event in Washington. Angelou, author of "I Know Why the Caged Bird Sings," has died, Wake Forest University said Wednesday, May 28, 2014. She was 86. (AP Photo/Gerald Herbert, File)
US

She was the daughter of Bailey Johnson, a doorman and naval dietitian, and Vivian Baxter Johns, a nurse, real estate agent, and, later, a merchant marine.

In the middle of her youth, Marguerite decided to change her name.

She had married Greek sailor and aspiring musician Tosh Angelos in 1949 at the age of 21, but they divorced in 1952.

After the divorce, she borrowed a variation of his surname and adopted her brother’s nickname for her, Maya, a shortening of Marguerite, and later legally became Maya Angelou, according to the Encyclopedia of Arkansas.

“Since becoming a nightclub singer at the Purple Onion club in San Francisco, this has been her professional name. Her singing and dancing career took her to Europe with the opera, Porgy and Bess, in 1954–55, and she studied modern dance under the tutelage of such greats as Martha Graham and Alvin Ailey, appeared in television shows, and made her first record album, called Calypso Heat Wave, in 1957. A composer of poems and song lyrics since her teen years, she continued to develop her writing skills as she performed.”

Angelou went on to become one of the most famous American poets and writers.