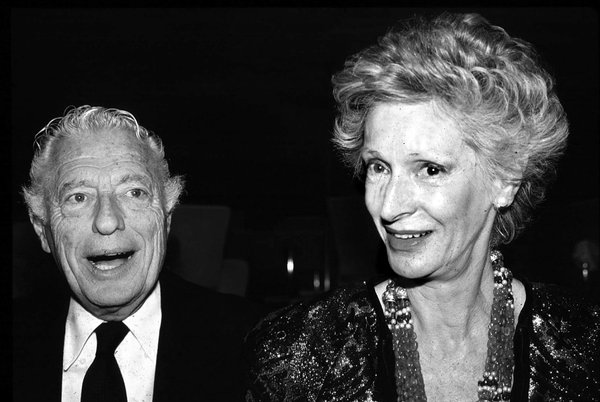 Marella Agnelli, Widow of Fiat Tycoon, Dies at 91 in Turin

ROME—Marella Agnelli, widow of Fiat tycoon Gianni Agnelli and a 20th-century symbol of elegance and beauty, died Saturday at her family home in Turin, in Italy’s northern Piedmont region, at age 91.

Her death was reported by Italian state TV and the Juventus soccer team, which is part of the Agnelli economic empire.

The daughter of a Neapolitan aristocrat, Filippo Caracciolo di Castagneto, and of an Illinois-born mother, Margaret Clarke, Marella Caracciolo was born in Florence in 1927.

With an academic arts background from studies in Paris, she did photography for Conde Nast publications and also designed textiles, including for U.S. manufacturers and department stores.

Agnelli herself was the subject of a photo that became an iconic fashion image — a 1953 black-and-white portrait by Richard Avedon highlighting her long, graceful neck and dignified beauty. Her elongated neck earned her the nickname of “The Swan.”

That same year, she married Giovanni “Gianni” Agnelli, the dashingly handsome scion of the Fiat automobile company who had a playboy reputation. The couple had two children, Edoardo, who died in 2000, and Margherita.

Marella Agnelli was admired for her style and class, a standout beauty in a family likened to royalty in Italy, where residents eagerly followed their jet-set lifestyle. Her husband died in 2003.

The Juventus soccer team hailed her arts patronage, including as honorary president of the Giovanni and Marella Agnelli Pinacoteca, an art gallery in Turin, the Fiat headquarters city.

She published several books about gardens, one of her passions. In 2014, her autobiographical “The Last Swan,” co-authored with a niece, was published.

Karl Lagerfeld, the fashion designer for Chanel and Fendi, died in Paris at the age of 85 after battling pancreatic cancer.

Lagerfeld, who is known for his dark sunglasses and ponytail, died Feb. 19 after he was rushed to the hospital, according to reports.

Anna Wintour reacts to Karl Lagerfeld’s death: ‘I will miss him so very much’ https://t.co/d94Fqk68jw

“Today the world lost a giant among men,” said Anna Wintour, editor-in-chief of Vogue magazine, as reported by the BBC.

“Karl was brilliant, he was wicked, he was funny, he was generous beyond measure, and he was deeply kind. I will miss him so very much,” her statement said.

Alain Wertheimer, the chief executive of Chanel, credited Lagerfeld for transforming the brand.

“Thanks to his creative genius, generosity and exceptional intuition, Karl Lagerfeld was ahead of his time, which widely contributed to the House of Chanel’s success throughout the world,” he said.

“He leaves behind an extraordinary legacy as one of the greatest designers of our time,” a statement from the House of Karl Lagerfeld said.

@Gidi_Traffic Victoria Beckham hailed Karl Lagerfeld a “genius” as she led the tributes to the fashion powerhouse after news of his death, aged 85.
The British fashion designer paid tribute to Chanel’s artistic director on Tuesday, telling fans she has been left “incredibly sad” pic.twitter.com/oXswakkvIT

Model Winnie Harlow also recalled Lagerfeld, saying that “years later during fashion week in Paris you and your family walked into the restaurant my team and I were in and sat at the table next to us,” E! News reported. “You’re greatly missed. Sending my love to the Lagerfeld family, you’re in my prayers,” she said.

“I don’t even recall him knowing my name, but man did I know his,” Jessica Simpson wrote.

“We have lost a true genius in the fashion world. His designs remain with us forever. RIP.”

“So incredibly sad to hear this,” Victoria Beckham also wrote. “Karl was a genius and always so kind and generous to me both personally and professionally. RIP.”

“Karl…..I cannot tell you how much you meant to me and how much I will miss you,” actress Diane Kruger wrote on Instagram. “I will never forget your kindness towards me, your laughs, your imagination. I came to France to see you this week and introduce you to my daughter…I’m heartbroken I was too late. Rest In Peace, I adore you.”

“I’m so heartbroken I almost don’t have words..There will never be another Karl Lagerfeld. Every second with you was an honor, joy, and inspiration. I wish I could give you one last hug. I love you Karl. Thank you for everything,” model Gigi Hadid wrote on Instagram. “Rest In Peace.”

“Nothing feels right today..at a loss for words and so heartbroken by the loss of Karl. His humor, wit, love and passion for fashion will live on forever,” model Bella Hadid said on Instagram. “Thank you for the inspiration that you gave to this world and for all of the hearts that you touched in the process. Every time I saw you it felt like the first time & I will miss your hugs so much. I feel so lucky to have been in your presence. Sending my love to the Lagerfeld family and to all closest to him. I am so sorry. We all love you so much. Rest In Peace KL.”

Jack Philips contributed to this article