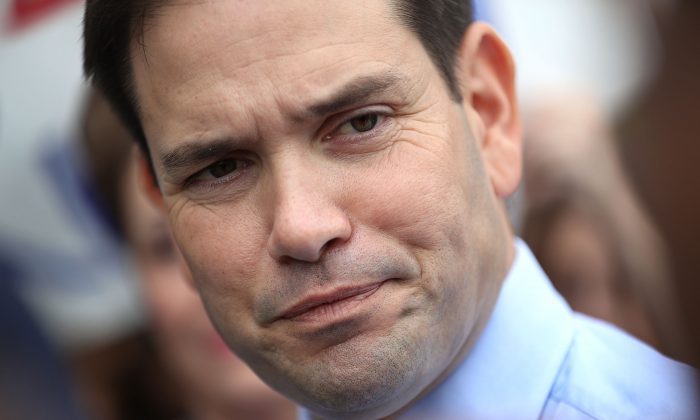 “President Obama issued a pathetic statement on death of dictator #FidelCastro with no mention of thousands he killed & imprisoned. #Cuba,” Rubio tweeted.

History will remember Fidel Castro as an evil, murderous dictator who inflicted misery & suffering on his own people pic.twitter.com/Y7207S6qVD

Obama, in a statement, had said that “history will record and judge the enormous impact of this singular figure on the people and world around him.” He added, “Today, we offer condolences to Fidel Castro’s family, and our thoughts and prayers are with the Cuban people.”

When #FidelCastro ships spotted tugboat full of refugees on July 1994, blasted it to pieces with high-pressure fire hoses. 41 refugees died

Rubio, meanwhile, added that changes in relations with Cuba must be tied to reforms on the communist island such as free elections and freedom of the press.

The Florida Republican said Sunday on NBC’s “Meet The Press” that Castro’s death will not by itself usher in major democratic changes. Rubio says current Cuban President Raul Castro is dedicated to protecting the communist system created largely by his brother.

Rubio, who is Cuban-American, has opposed much of the thaw in U.S.-Cuba relations pushed by President Barack Obama. But Rubio also says he’s not against all such reforms, only those in which the U.S. or the Cuban people get little in return.