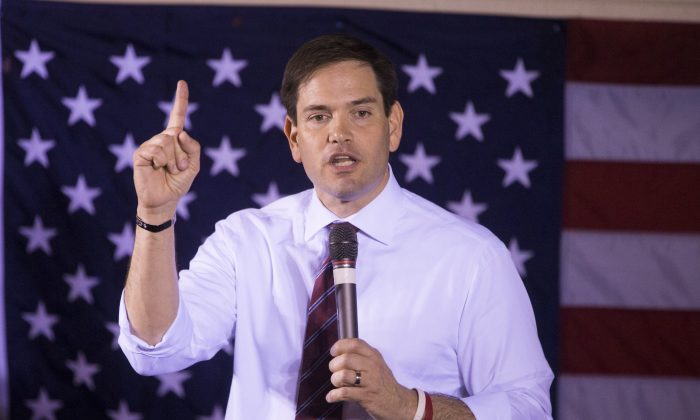 WASHINGTON—Marco Rubio is ending his campaign for the Republican nomination for president after a humiliating loss in his home state of Florida.

Rubio told a crowd in Miami Tuesday that he knows that voters are angry and that there is a hunger for new faces and voices in government.

Rubio’s decision was prompted by losses in all but three of the presidential nomination contests but Florida’s winner-take-all primary proved the most devastating. Only six years earlier, he was a tea party favorite who crushed the GOP’s “establishment” candidate to win a seat in the U.S. Senate.

But the political tables turned on the Florida senator as a 2016 presidential candidate who was lambasted as mainstream in a year when voters cried out for an outsider.