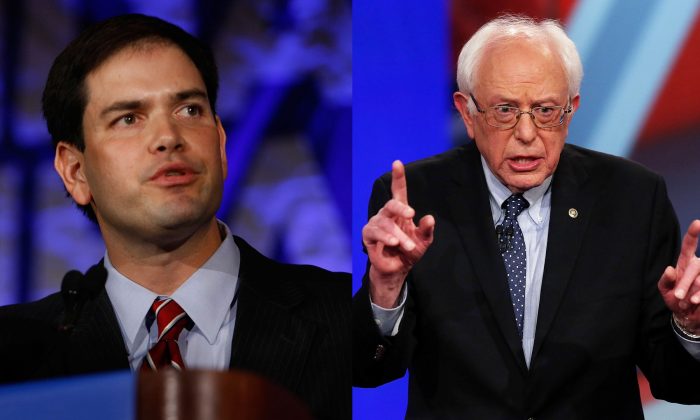 “He’s denounced the violence and all, but he says that he said there’s some … democratic actions in Venezuela,” Rubio said, responding to video journalist Nicholas Ballasy’s question. “The only democratic action left in Venezuela is their democratically elected national summit and which means … if he recognizes that then you should recognize Juan Guaido as the legitimate president of the country as 54 countries already have.”

“Are you surprised that he hasn’t actually come out and backed him?” asked Ballasy.

Rubio responded that Sanders has “been friendly towards governments that pursue socialist policies” while explaining that what’s happening in Venezuela is “socialism overlaid with graft and corruption of an extraordinary level.”

“Socialism always fails but when you add corruption on top of that it becomes catastrophic,” he said.

“[U]ltimately the door socialism falls apart is … as Thatcher once said, you run out of other people’s money, and that’s what happened in Venezuela,” Rubio concluded. “They took the wealth of the country. They expropriated it all. They spent it on ventures abroad and programs at home and once they ran out of money, it was total collapse.”