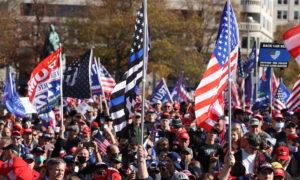 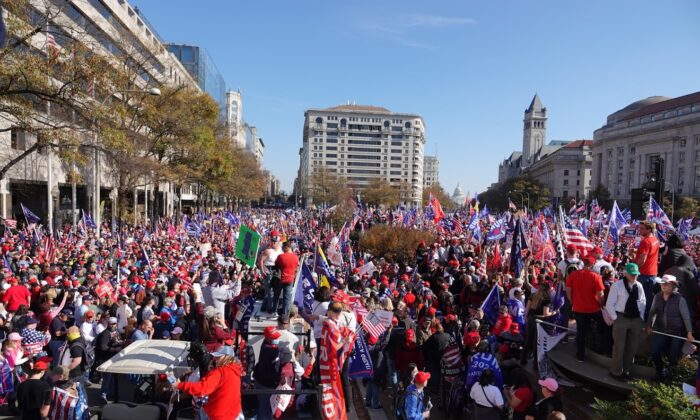 The organizers of the large march and rally in Washington this month say they’re planning an event that could potentially draw even more people in the nation’s capital on Dec. 12.

The date is significant because it’s two days before the Electoral College electors meet in their states and vote for president and vice president.

“After we had the March on Saturday, before it was even over, we had people emailing, calling, texting, wanting to know if we were going to do another one, that they hated that they missed it, that they want to be at the next one. So we are doing another one,” Amy Kremer, 49, one of the organizers, told The Epoch Times.

Estimates of the turnout at the first march, which took place on Nov. 14, ranged from the low hundreds of thousands to 1.5 million.

“I think if the amount of outreach that we’ve had to us since the day of the March is indicative of crowd size, I wouldn’t be surprised if this one is larger than other. People are excited about it. We’ve already got messages that hotel rooms are being booked, that they’re driving from across the country and whatnot,” said Kremer, who is CEO of Women for America First, a nonprofit that says its goals include supporting an America first agenda and stopping liberals from controlling the media’s narrative.

The purpose of the march is to call for legal, not illegal, ballots to be counted in states across the nation.

“We want election integrity. This is to protect our elections, and we want our president to know that we’re out here standing with him, we support him in fighting for election integrity, and we stayed with him,” Kremer said. “We hope that all Trump supporters will come and join us, let the president know you’re standing with him, and this is about the spirit of America. These are patriotic freedom-loving Americans from coast to coast, from all four corners.”

President Donald Trump’s campaign and others have filed lawsuits and petitions in a number of states, alleging election irregularities and, in some cases, fraud. Democratic presidential candidate Joe Biden has declared victory, but Trump is not conceding and The Epoch Times won’t call the race until the litigation plays out.

The November event Kremer helped organize drew many Trump supporters. The president drove through on his way to golf. Near the end of the event, as darkness fell, violence broke out, most of it perpetrated by opponents of Trump.

Kremer said organizers hired private security and there were police officers helping keep the peace. Organizers have been in touch with the Metropolitan Police Department, which made 21 arrests during and after the rally. Mayor Muriel Bowser, a Democrat, hasn’t addressed the violence. Her office hasn’t responded to requests for comment.

Women for America First is also launching a bus tour leading up to the Dec. 12 event in Washington.

The tour starts in Florida on Nov. 29 and includes 26 stops, including rallies in Georgia, Wisconsin, and Ohio.

“The whole bus tour is really going to be a way for people to all come together so when we get to D.C., hopefully we have a long line of cars with us,” Kylie Jane Kremer, executive director of the group, said on “War Room: Pandemic” last week.