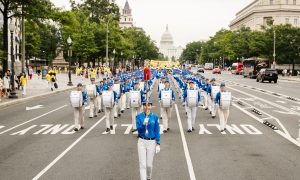 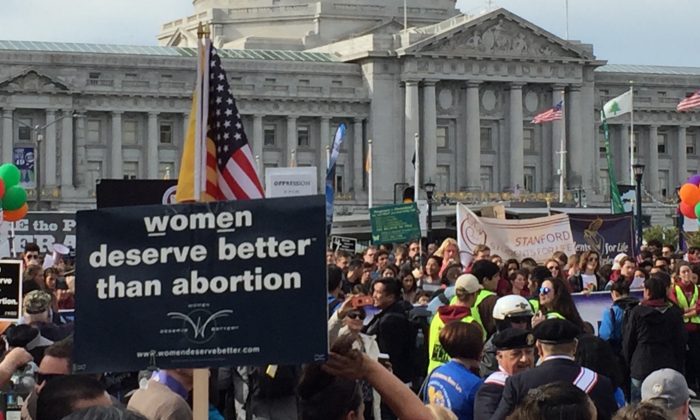 The annual event is attended by people who support the pro-life movement and the end of abortion.

“It is so important to protect the unborn and also women. Every year we get more than fifty thousand people, very dedicated, very determined, and we really hope that we can get rid of abortions to protect unborn and women,” said Frank Lee, the president of the Organization for Justice and Equality.

Every year, March for Life hosts a variety of speakers who tell their accounts and experiences relating to abortion. This year, Abby Johnson, a former director at Planned Parenthood, told the story of an experience that changed her views on abortion.

“While I was participating in an ultrasound-guided procedure, and I saw a 13-week-old baby fighting strong and struggle for its life against the abortion instruments. And I knew then that the humanity inside the womb was worth fighting for,” said Johnson.

Johnson also took the opportunity to inform the crowd of her book Unplanned, which is set to be released as a feature film in March. The book and film tell about the experiences of working in an abortion clinic and the journey Johnson underwent that led her to become a pro-life activist.

Many other speakers, including representatives from 40 Days for Life, religious leaders, and community leaders, provided their stories and reasons for becoming pro-life supporters.

The rally stems from the debate of pro-life versus pro-choice, which has long been a part of our society. Many of the March for Life attendees explained that they believe life begins at conception, thus providing the argument that killing an unborn baby is unethical.

Some attendees also provided a financially based argument. “It is not just one angle. We are mixing a social problem, an ethics problem, with a financial problem. It is difficult to analyze,” said Evelyn Li, Internal Medicine Doctor of Asian Medical Clinic.

Li said the issue brings up the question of who should fund abortion programs, such as Planned Parenthood, and whether the public should fund programs that involve personal decisions.

Given the recent resurgence of the debate of pro-life and pro-choice, some attendees also expressed the possibility of change within the Supreme Court in regards to abortion cases in the future.

“At the present moment, it doesn’t seem very likely, but it’s possible down the road,” said Lee.

After the rally, attendees gathered to march along Market Street to show their support. Many people held banners that read “I Am the Pro-life Generation” and “Defund Planned Parenthood,” among others.

March for Life is described as a peaceful protest against abortion and is held every year on or near Jan. 22, the anniversary of Roe v. Wade, the U.S. Supreme Court decision legalizing abortion.