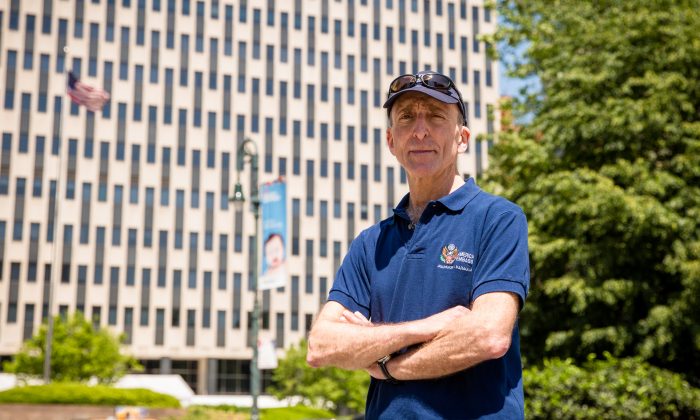 Marc Ruskin: Mueller’s Staff Should Have Recused Themselves From the Russia Probe

FBI veteran Marc Ruskin said the staff of former special counsel Robert Mueller should have recused themselves from the Russia probe in order to avoid any appearance of impropriety.

“The fact that many of the individuals working on their staff were hostile to Trump and more hostile in general to the Republican Party and had been involved in activities such as representing Hillary Clinton or making donations at fundraisers for the Clinton campaign which would indicate a bias [or] at least the appearance of a bias,” Ruskin said.

Ruskin, who was the former assistant district attorney in Brooklyn, New York, and an adjunct professor at the John Jay College of Criminal Justice, said attorneys are taught that the appearance of impropriety is to be avoided in judicial, courtroom, and legal settings.

“Not just impropriety but the appearance of impropriety is to be avoided and really requires recusal if it’s on the part of a judge or a prosecutor or another public official,” he said.

He said it would have been appropriate for Mueller’s staff to have asked to be recused from the over two-year investigation into Russia meddling in the 2016 presidential election.

“It would still be appropriate for them to ask to be recused and for Mueller not to be utilizing their services once he found out that there was fact, articulable facts which would give rise in the public to an appearance of impropriety,” Ruskin, who is also a contributor to The Epoch Times, said.

Mueller appeared to go on the defensive while being questioned by Rep. Kelly Armstrong (R-N.D.) during his testimony in the House Judiciary Committee on July 24, about his staff’s political leanings and how any potential bias could have affected his investigation.

“We strove to hire those individuals that could do the job,” Mueller said when he was given an opportunity to talk about the hiring process for the probe.

“I have been in this business for almost 25 years, and in those 25 years, I have not had occasion once to ask somebody about their political affiliation. It is not done. What I care about is the capability of the individual to do the job and do the job quickly and seriously and with integrity.”

Armstrong replied, “This isn’t just about you being able to vouch for your team. This is about knowing that the day you accepted this role you had to be aware, no matter what this report concluded, half of the country was going to be skeptical of your team’s findings.”

“I can’t imagine a single prosecutor or judge that I have ever appeared in front of would be comfortable with these circumstances where over half of the prosecutorial team had a direct relationship to the opponent of the person being investigated,” he added.

During the hearing, Armstrong pointed out that Mueller’s top prosecutor, Andrew Weissmann, had attended Hilary Clinton’s election night party back in 2016, and had also praised then-acting Attorney General Sally Yates for disobeying an order from President Donald Trump.

Moreover, the North Dakota congressman also noted that Mueller’s aide, Jeannie Rhee, had represented Clinton in a lawsuit regarding personal emails originating from Clinton’s time as secretary of state and that six of Mueller’s lawyers had donated thousands of dollars to Clinton’s presidential campaign.

During the course of the investigation, Trump had repeatedly called out the special counsel’s investigative team for their apparent political biases, describing them as “angry Democrats.”

Reacting to the hearing, Ruskin, who is the author of “The Pretender: My Life Undercover for the FBI,” said Democratic lawmakers failed to elicit any new information during the July 24 hearing, but instead asked Mueller to affirm information that was already stated in the report.

“It’s not eliciting anything new or any new information, [they are] basically having him repeat things, which are already old and stale news. And then utilizing that information in order to make incorrect legal conclusions,” he said.

During the hearing, Mueller stood by the report’s conclusion, saying that he did not find evidence of a criminal conspiracy between President Trump and his associates with Russia, after being grilled by lawmakers from both sides of the aisle. But he also stated that it did not exonerate the president from the obstruction of justice charge.

Ruskin said it is not the role of a prosecutor to exonerate or not exonerate a person who is suspected of a crime.

“That’s the job of a judge and jury. The investigators and the prosecutors present the evidence and they present the facts in the manner that should be most favorable to the truth and what they should be trying to seek is that justice is done,” Ruskin said.

“The job of exonerating, not to be repetitive, is the judge and jury who do the exonerating. So it’s important here that we keep a clear view of what the role is of the prosecutor and what the role is of the investigator. And it’s not to make a determination of guilt or innocence and it’s not [to] exonerate you or not exonerate. It’s to find the truth and present that to a judge and jury,” he added.

He added that he believes the special counsel office did not handle the obstruction of justice charge well because there was “no underlying objective crime that was being obstructed.”

“My position as an attorney and also a former prosecutor would be that it would, it’s very hard to bring to argue that there’s an obstruction of justice charge to be brought if there’s no underlying criminal act that was being obstructed,” Ruskin said. “So if one is being charged with a substantive crime then the argument can be made that there was also obstruction because of the individual or individuals being charged with the substantive crime then subsequently tried to obstruct the investigators and the prosecutor.”