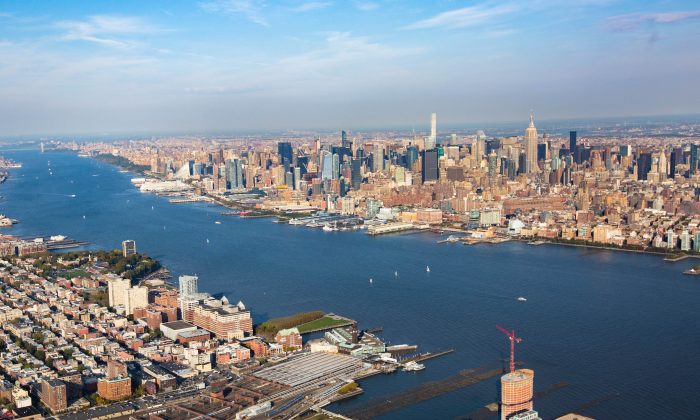 A marathon swimmer is believed to have drowned during a race in New York City.

Charles Van Der Horst vanished in the Hudson River on the afternoon of June 14. The 67-year-old started the leg of the 120-mile race at the Tappan Zee Bridge and was set to exit the river at the George Washington Bridge.

Search-and-rescue teams converged on the area but called off the search by 6:45 p.m. after failing to find him, the New York Police Department told the New York Post.

The race started on June 8 and was due to end on June 15. The final day was canceled due to Der Horst’s disappearance.

Search continues for swimmer who went missing during competition in Hudson River https://t.co/bPCorrQJhs

“It is with great sadness that we report the loss of a swimmer today,” New York Open Water, which organized what it described as “the longest marathon swim in the world,” said in a statement announcing the cancellation.

“Our thoughts are first and foremost with the swimmer’s family and in respect for their privacy, we are declining to name the swimmer at this time,” it added. “The New York Police Department is continuing search efforts in the Hudson River and the Stage 7 swim scheduled for tomorrow has been canceled. We can confirm that all swimmer safety protocols were in place and that the NYPD was escorting the field. We will continue to work closely with the authorities and will provide updates as they become available.”

According to the NJ Advance Media, the competitor is presumed dead. The search shifted from a rescue to a recovery around 5:30 p.m., approximately two hours and 15 minutes after Der Horst vanished.

“There were eyes on him when he initially went under,” Coast Guard Petty Officer Steve Strohmaier said. “We utilized all our assets but were unable to find him.”

Der Horst was a former professor of medicine at the University of North Carolina who later worked as a consultant on clinical trials, training, and global health, according to his LinkedIn page.

The search resumed on Saturday for Der Horst’s body.

I’m devastated for the loss of my #ID program director at @UNC, Charles van der Horst. He was the synergy of #HIV clinician, patient advocate, social justice champion, athlete, and kindness that I try to emulate every day. The world will miss you, Charlie. https://t.co/nWNYWLTHrm

A number of people reacted to the news.

“I’m devastated for the loss of my #ID program director at @UNC, Charles van der Horst. He was the synergy of #HIV clinician, patient advocate, social justice champion, athlete, and kindness that I try to emulate every day. The world will miss you, Charlie,” wrote Joel Kammeyer, infectious disease physician at the University of Toledo’s College of Medicine.

“I only knew Dr. Charles Van Der Horst through his academic work & activism—but we had connected on social media years ago, & I felt like I really knew him. I deeply admired him, & the life he led. What a devastating loss for world. Rest in power,” added Jonathan Giftos, a jail physician.

“Charles Van Der Horst was a pioneer in AIDS research, was a friend and comrade to the early AIDS activists who “invaded” the NIH’s clinical trials networks and someone who devoted the past few years to social justice work,” wrote Gregg Gonsalves, an infectious disease researcher at Yale University. “I am gutted. You don’t know how important this wonderful man was to so many around the world.”