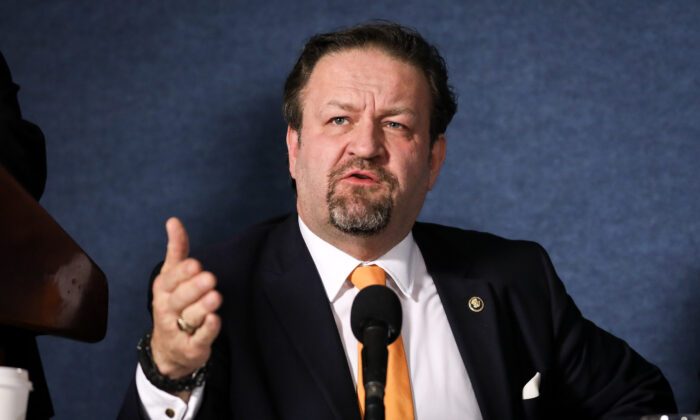 Gorka said the FBI is supposed to be apolitical and serve justice but the raid by the FBI on Mar-a-Lago, authorized by the Biden administration against a political opponent, shows that the FBI is too corrupted and not salvageable.

“We need transparency, we need to finish draining the swamp, and sadly, as somebody who has trained 1,000s of FBI agents over the years before I joined the White House, it saddens me to say this: the FBI has to be dismantled,” Gorka said during a recent interview with NTD TV.

“The FBI has been corrupted beyond any salvation [and] changing the director or the leadership on the seventh floor,” is not enough.

The FBI did not immediately respond to a request for comment.

Gorka’s parents escaped communist-controlled Hungary which taught him to appreciate freedom and he believes the raid shows the law enforcement system is too damaged to do the job they are entrusted to do.

The Aug. 8 raid is in line with the pattern of attacks on the former president said Gorka, citing the Russiagate hoax and the two separate impeachment efforts by the Democrats, all of which turned out to be designed by the left to discredit Trump and failed.

He believes there is no justification for such a raid because all former presidents negotiate with the national archives about documents they may have in their possession. It was reported that Trump’s lawyers were working with the archives to secure or return documents, long before the raid.

In addition, “When you leave the White House you maintain the highest security clearance until you die,” said Gorka, which gives any president the legal right to have classified documents.

“There’s zero, none, none, zero reason for the FBI to raid his house with 30 agents for 12 hours, to break into his safe, to raid the First Lady Melania Trump’s wardrobe, the FBI is a Gestapo, they are out of control.”

Gorka said it’s not enough just to vote, but that each citizen who wants to see justice restored, must participate fully in improving the systems based on the U.S. Constitution.

“Every single American has to be engaged. It’s decision time for our nation.”

Gorka believes this raid has made Trump even more popular.

“And people sympathize with this man, his house was illegally raided. I call this state-sanctioned burglary, the idea that Hillary [Clinton] could delete 33,000 emails, including at least 17 that were included top secret information, and doesn’t get her home raided,” but Trump does show two a tiered justice system, said Gorka.

“Because we have to dismantle the FBI, clean the DOJ, clean the CIA because this can never happen to any former president. Anyone. I don’t care what political party,” Gorka said.