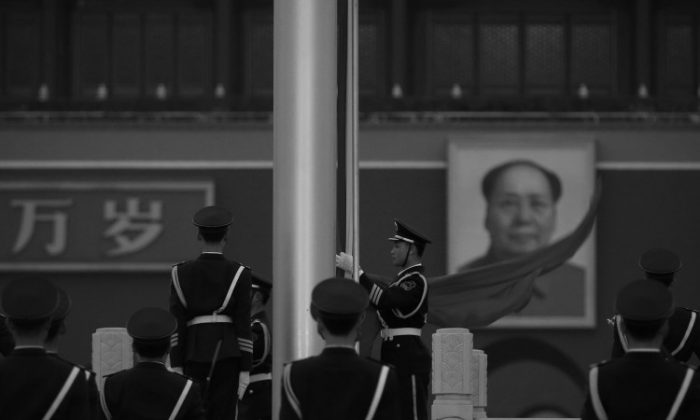 During the Chinese New Year, the Chinese regime’s documentary channel, CCTV-9, ran a series on declassified China-Russia foreign affair files dating back to the Mao Zedong era. One episode showed Mao’s never-before-aired famous 1957 speech in which he boasted that he had no fear of nuclear war nor how many of the world’s people would be killed, including in China.

Cheng Ming Magazine in Hong Kong reported that the negative impact of the documentary would likely have severely downgraded Mao’s image among Chinese viewers.

With two episodes broadcast nightly for a week, the 18-episode documentary presented historical events previously unknown to the public, including the relationship between China and the former Soviet Union after 1949, and details of the Korean War, and the Taiwan Strait wars.

It also revealed Mao’s relationship with Joseph Stalin and Nikita Khrushchev, his successor, exposing many instances of mutual scheming, betrayal, political blackmailing and extortion through witness testimonies from Rong Zhi, who worked at the Soviet Embassy in China, and Shi Zhe, the daughter of Mao’s early Russian interpreter.

An episode titled “The One Above All” showed footage of Mao speaking at the World Communist Representative Meeting in Moscow in November 1957, giving his famous speech, “American Imperialism Is a Paper Tiger.”

Although this famous quote has been passed around among ordinary Chinese, there are still many who have refused to believe it.

Some media pointed out that now the Communist Party’s television station has confirmed that Mao actually said it, that makes it an undeniable fact. Leftists and Maoists can no longer say that Mao and the Party put the wellbeing of people above all else, they said.

Translation by Alex Wu. Written in English by Gisela Sommer.