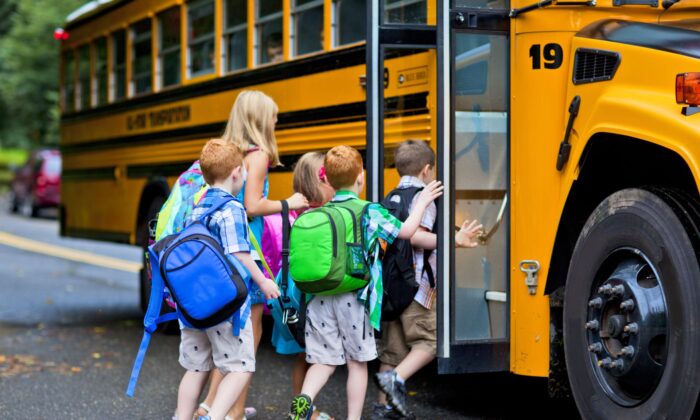 Poor governance at the school board level is costly, not just in terms of dollars and cents but in wasted opportunities and unhealthy educational environments for students and teachers. (Stuart Monk/Shutterstock)
Viewpoints

Many of Canada’s School Boards Are Far Too Secretive

When Calgary school trustee Lisa Davis announced her resignation from the Calgary Board of Education (CBE) on Jan. 27, the news hit like a bombshell. Unlike the typical bromides we usually see from politicians who step down, Davis said nothing about wanting to spend more time with her family or pursuing a new career path.

Instead, she released a scathing statement in which she denounced a recent CBE motion that “hamstrings my ability to serve as a trustee.” The motion, passed at a late-night emergency board meeting on Jan. 26, requires that a CBE lawyer be present when trustees speak to a provincially appointed auditor tasked with reviewing CBE finances and governance. Needless to say, this motion was a transparent attempt to bully Davis into silence.

First elected in 2017 on a platform promising education reform, Davis often chafed against restrictive CBE governance policies. For example, CBE trustees must get motions approved behind closed doors before bringing them forward for public debate in a formal board meeting. This made it nearly impossible for trustees like Davis to get motions on the floor unless they already had support from the majority of the board. There is no better way to entrench the status quo than to prevent open debate between public trustees.

Sadly, CBE is not an isolated case of poor governance. Similar problems occur in other parts of the country. For example, Limestone District School Board, which encompasses the City of Kingston and the surrounding area, has found itself the centre of controversy, much of it regarding the censure of trustee Robin Hutcheon. What made this censure unusual was that the board never provided the public with the reason for its decision.

In other words, the school trustees publicly censured one of their own members but kept the reason for doing so secret. It made about as much sense as a judge convicting someone of a crime but not telling anyone what the crime was. Judging by the angry crowds in the gallery during Limestone’s recent public meetings, the public was not impressed with the board’s behaviour.

Interestingly, Limestone’s former board chair recently went public with concerns about the school board. Paula Murray, who stepped down from the board in 2018, told Global News that Limestone operates under a “culture of fear,” where individual trustees are muzzled. She also acknowledged that far too many decisions were made behind closed doors.

Meanwhile, in British Columbia, the Greater Victoria School District is refusing to release a report on the conduct of some of its trustees. According to Georgia Straight K-12 columnist Patti Bacchus, a group of principals and vice-principals recently accused some trustees of bullying and harassment. These are serious allegations that should be addressed publicly. However, even though the investigation is complete and the report has been written and tabled, the school board refuses to release it. Obviously, this raises questions about what is really going on behind the scenes.

An unhealthy level of secrecy is one of the most consistent governance problems in school boards across Canada. School trustees make far too many decisions behind closed doors and this leads to poor decision-making. It’s important to remember that just because an issue might be controversial, this doesn’t make it confidential. There is no quicker way to lose the trust of taxpayers and parents than to hide important information from them.

Far too many school boards act more like corporate boards than public decision-making bodies. Corporate boards regularly operate in secrecy and only the board chair is authorized to speak to the media about board matters. This is how public school boards typically conduct their affairs. Contrast this with municipal councils, where individual councillors regularly speak to the media and share their opinions with constituents.

When school boards become accustomed to a cloak of secrecy, this exerts tremendous pressure on dissenting trustees. For the few trustees like Lisa Davis brave enough to buck this trend, the other trustees typically make their lives so miserable that they eventually quit in frustration. This is not healthy for our schools or for democracy.

Finally, school boards must remember that they are created by provincial governments for a specific purpose. If school boards no longer fulfill that purpose, provinces can alter them, replace them, or even abolish them entirely. There are no constitutional protections for school boards. Depending on what the Alberta government’s audit of CBE uncovers, Davis might not be the only Calgary trustee out of a job.

Poor governance at the school board level is costly, not just in terms of dollars and cents, but in wasted opportunities and unhealthy educational environments for students and teachers. If trustees want to keep their jobs, they need to start improving their governance practices. Students, parents, and teachers deserve better. So do taxpayers.

Michael Zwaagstra is a public high school teacher and author of “A Sage on the Stage: Common Sense Reflections on Teaching and Learning.”