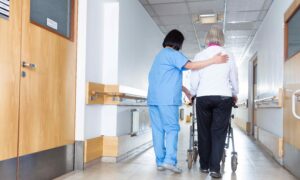 How Well Does Your Nursing Home Fight Infections?
0 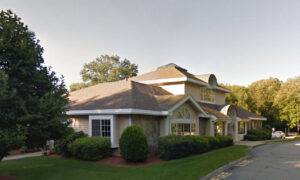 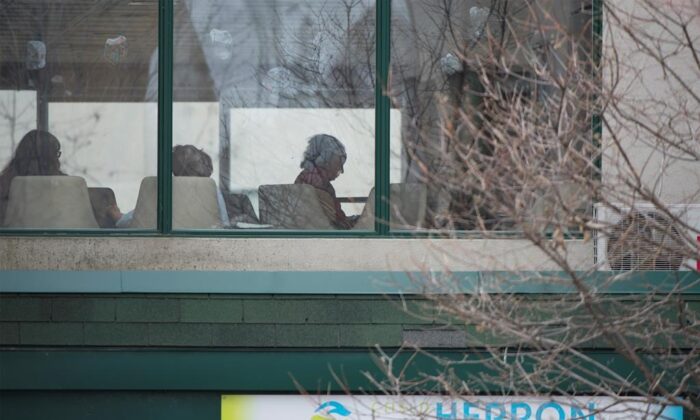 People are shown inside Maison Herron, a long term care home in the Montreal suburb of Dorval, Que., on Saturday, April 11, 2020, as COVID-19 cases rise in Canada and around the world. (Graham Hughes/The Canadian Press)
Canada

MONTREAL—As the COVID−19 pandemic has spread across Canada, no places have been harder hit than Quebec’s long−term care homes, where single facilities have seen dozens of residents die.

Half the province’s 435 deaths as of Tuesday had occurred in seniors homes, and 90 percent of all deaths have been people over 70. Premier Francois Legault said Tuesday inspectors have identified 41 care homes that require monitoring because of a high number of COVID−19 cases.

According to two experts who spoke to The Canadian Press, there are multiple factors contributing to the outbreak, including a combination of demographics, government response, the situation within institutions and chronic staff shortages that predate the global pandemic.

What is clear is that the combination of vulnerable residents needing hands−on help for basic needs, while presenting multiple illnesses and staying in close quarters with staff and each other, makes long−term care homes the ideal location for a virus to flourish, according to Universite Laval professor Philippe Voyer.

“When you multiply interactions between people who are very close together, with a virus that spreads very quickly, it’s certain that it takes off like wildfire,” he said in an interview.

Voyer, a professor and researcher whose specialities including nursing and aging, is of two minds when asked whether the Quebec government did enough to prepare.

On one hand, the world hasn’t seen a pandemic on this scale in a century. It would be “impossible to predict” how contagious it would be, or how lethal, or how it would affect care workers as well as patients, he said.

On the other hand, he said, it should have been clear long before COVID−19 that the issues in the province’s long−term care homes would leave them poorly equipped to handle a pandemic.

“We already knew there was a lack of personnel, the salary wasn’t attractive, a heavy workload, a lack of manpower,” he said.

Louis Demers, who studies the health−care system and seniors residences at Quebec’s Ecole nationale d’administration publique, said he believes collective living arrangements for seniors were a governmental “blind spot” when it came to preparation, even though he believes officials reacted well overall.

While the province did the right thing in trying to free up hospital beds, he believes that some of those patients may have carried the virus with them when they were transferred to other places, including long−term care homes.

In retrospect, he said, perhaps those seniors should have been isolated. He also said identifying and isolating the sick may have happened slowly or imperfectly in some places.

“Government directives don’t always translate into reality because of a lack of personnel, or all sorts of reasons,” he said.

Demers says it’s impossible to make blanket judgments about the long−term care system, since problems crop up on a case−by−case basis.

He says there are times when management may be fingered, such as the high−profile case of a private residence in Dorval, Que., where health authorities found residents lacking food and basic personal care, and eventually called police after learning that 31 people had died within weeks.

However, he noted there have also been major outbreaks at well−regarded public institutions, such as the Montreal Geriatric Institute.

While both Voyer and Demers are reluctant to assign blame, they say there are certainly lessons that need to be learned, especially given an aging population that is likely to need increasing levels of care.

Quebec Premier Francois Legault has promised to address worker shortages in care homes, through both temporary pay hikes and long−term recruitment, which both experts say is essential.

And both he and Demers say there’s an urgent need for more investment in home care, which can help avoid institutional settings altogether.

Statistics show that private seniors residences are a popular option for Quebecers when compared with the rest of Canada.

Some 18.4 percent of Quebecers occupied such spaces in 2019, compared with just 6.1 percent on average in other Canadian provinces, according to the Canadian Mortgage and Housing Corporation. It says the discrepancy is explained by a much larger pool of residence spaces in Quebec and the lowest average rents for such spaces in the country.

Voyer and Demers say it’s too early to say if this was a factor, however they note that private retirement homes don’t appear to be faring poorly, accounting for less than 20 per cent of the province’s deaths.

Voyer says that in the long−term care realm, he doesn’t see a clear difference in outcomes between public and private residences.

“All models can be affected, and all can be spared,” he said.