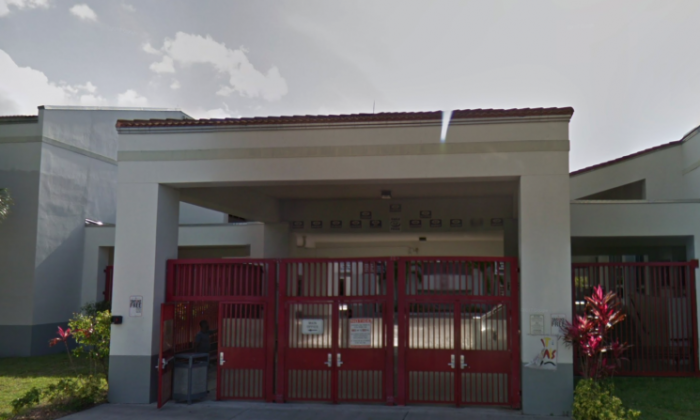 Florida Sen. Bill Nelson said that there are “many deaths” in the Florida High School shooting, according to Fox News.

At least 20 people are feared to be injured at Marjory Stoneman Douglas High School and the gunman in custody, according to WSVN.

The Margate Fire Rescue Team described the shooting as a “mass casualty incident” which reportedly means that at least 20 people were injured.

The shooter was at large until 4 p.m., when he was reportedly arrested.

Coral Springs police requested that the public avoid the area near the high school, which they say is an active scene. A nearby school is also on lockdown as a precaution, Fox News reported, citing an official.

Authorities said that students and teachers should remain barricaded in classrooms until they are reached by police.

A person who claims to be inside the high school tweeted a picture from inside a classroom where students can be seen sitting under their desks.

Still locked in. I checked the local news and there is 20 victims. Long live Majory Stoneman Douglas High. pic.twitter.com/4kQMAlCBWt

President Donald Trump tweeted a message of grief and support shortly after receiving the news.

The FBI is in touch with local law enforcement and is responding to the attack, Fox News reported.

A student told WSVN that he knows the shooter.

“He’s been a troubled kid, and he’s always had a certain amount of issues going on,” the student said. “He shot guns because he felt it gave him, I guess, an exhilarating feeling.”

“I stayed clear of him most of the time. My time in alternate school, I did not want to be with him at all because I didn’t want to cause any conflict with him because of the impression he gave off,” the student added.

Police identified a student as a person of interest but have not released a name.

WSVN reports seeing at least one person on a stretcher being carried to an ambulance and four more people being tended to by rescue personnel.

CBS shared a video of police arresting a suspect. It is not clear if the person in the video is the same as the gunman.

The Broward County sheriff said that the scene is still active, BBC reported.