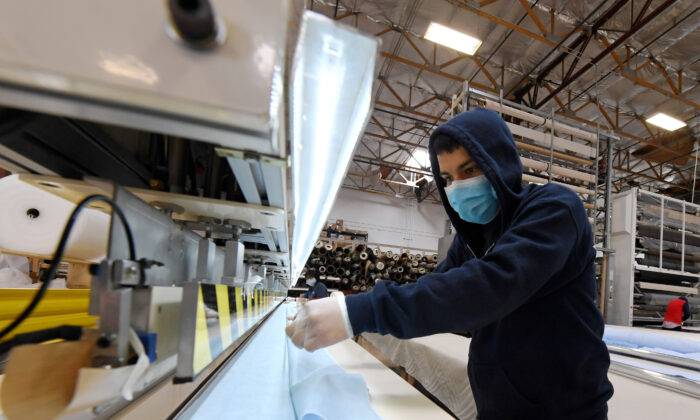 Manufacturing Mindfulness: 7 Lessons From the Pandemic

As 2021 draws to a close, manufacturers are reflecting on how far they’ve come during the last year and a half. After halting production, reducing operations, or shifting to different products at the start of the pandemic, companies are now looking to climb out of the decline—and in some cases, are working harder than ever to keep up with demand.

Here, manufacturers look at what they’ve learned during the pandemic, and how those lessons will shape their plans for the years ahead.

1. The Benefits of High Safety Standards

COVID-19 created the need to introduce more contactless procedures in factories, along with safety gear for workers and fewer employees on site at a time.

“This did decrease the risk of virus transmission between employees as intended, but it also reduced some of the dangers posed by basic, day-to-day manufacturing as a whole,” Dave King, vice president of sales at B.I.G. Enterprises, a California-based corporation founded in 1963 that specializes in manufacturing booths, told The Epoch Times.

2. The Chance to Evaluate Operational Costs

“When a supply chain is running effectively, it can help business owners reduce their costs, but the opposite is true when the supply chains can’t run optimally,” Chelsea Cohen, co-founder of SoStocked, an inventory management software company that helps ecommerce sellers, told The Epoch Times.

Given the pandemic-induced disruptions across the supply chain, companies are facing higher operating costs. To keep expenses under control, many are taking time to evaluate their current systems and opt for changes.

“As the supply chains work toward fixing, it will require new employees, new technology, and new methods,” Cohen said.

In some cases, automation could make up for a smaller workforce. For those implementing new technology, it may be necessary to look for personnel with matching skill sets.

“More and more, younger generations are drawn to work with technology,” Cohen said.

Having grown up in a digital world, they are often comfortable with new technology and see it as a part of the overall working system.

3. A Move to Local Suppliers

International travel restrictions prompted many businesses to look closer to home for their parts and supplies. While these local relationships between manufacturers and suppliers sprang from a need, there have been some unexpected perks. Working closely together and supporting one another has built healthy economic ties.

“There was newfound convenience associated with close-by suppliers as well,” King said.

4. Investing for a Better Future

Aventon Bikes, which specializes in manufacturing eBikes, has grown to be a leader in the national micro-mobility movement. The Southern California company’s pedal-assist electric bikes has experienced more than a 1,500 percent increase in the last two years, as Americans seek new ways to stay active, be outdoors, and still remain close to home. Even after an initial spike, demand has continued to be high: government climate-related tax credit incentives have led some to opt for an eBike over a car, and many Americans are looking for ways to play their part in reducing their carbon footprint.

To keep up, Aventon sought ways to plan to make sure the parts needed were available.

“We’ve made investments for two years in advance so we have those critical pieces,” Adele Nasr, chief marketing officer at Aventon Bikes, told The Epoch Times.

The company, which currently has factory operations in China, is in the process of moving forward with plans to build a manufacturing plant in the United States to avoid future potential supply chain issues.

While searching for new ways to reduce the number of workers at the plant and office, many companies switched their administrative and managerial staff to remote work. Staff could work at home for part of the week, or full-time, depending on their tasks and responsibilities.

“Reducing the number of employees working on-site also means reduced operation costs, like those that come from paying rent for office space,” King said. “It is not an insignificant point that many employees also appreciate the freedom to work from home, which can lead to happier workers and stronger company loyalty.”

Having control over the entire process has helped Aventon avoid dependencies on middlemen.

“It allows us to be nimble,” Nasr said.

The company, which relied on third party fulfillment centers, started their own fulfillment center, and arranged to have larger warehouse space on the east and west coasts. The changes helped to keep operating costs under control.

“We fully expect to transfer those savings to consumers,” Nasr said.

7. Being Part of a Movement

Due to the pandemic’s onset and disruptions to everyday life, societies as a whole are re-thinking how they work, move, and spend their time. For Aventon, providing consumers with a new way to exercise and avoid getting behind the wheel has brought significant benefits to the customer base.

“It’s changing how they interact, by getting out of the house and riding a bike,” Nasr said. For many, she said, “it’s a life changing experience.”