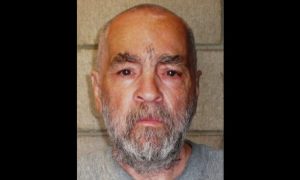 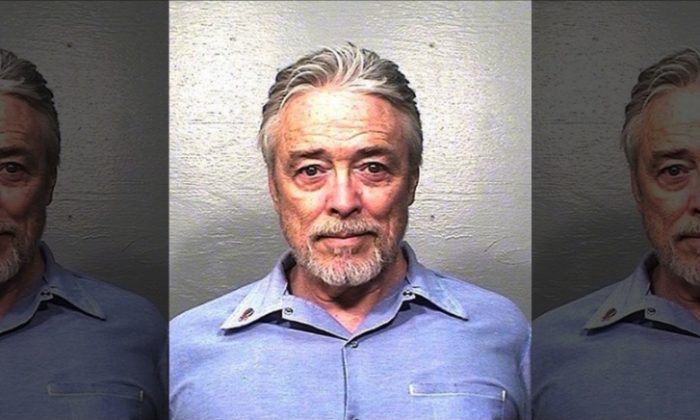 A California parole panel has for the first time recommended that Charles Manson follower Robert Kenneth Beausoleil be freed after nearly a half-century in prison, Sacramento, Cali. on Jan. 3, 2019.  (California Department of Corrections and Rehabilitation via AP)
US News

A member of Charles Manson’s notorious cult could soon be released from prison after serving nearly 50 years for murder.

Robert Beausoleil, convicted in the torture slaying of musician Gary Hinman in 1969, has been given the green light by a California parole panel. The 71-year-old Beausoleil had previously been denied parole 18 times.

The victim’s cousin, Kay Hinman Martley, who attended the Jan. 3 parole hearing in Sacramento, California, said she is opposed to setting Beausoleil free.

“I constantly have hope that they’ll do the right thing and keep these people in prison,” she said, adding that “now my hopes have to go with the governor.”

Martley told The Associated Press she plans to reach out to the incoming governor to tell him her cousin’s killer “does not belong outside the walls of prison.”

Sharon Tate’s sister, Debra Tate, who also attended the hearing, said she will mount a social media petition drive so parole opponents can “make their feelings known to Gov.-elect Newsom, because he has a tendency to be very liberal. Without public opinion weighing in on this, there is no hope.”

Beausoleil was not implicated in the Manson family’s most notorious murders, the 1969 slaying of actress Sharon Tate and six other victims. But he did receive a death sentence in 1970 for his role in the murder of Hinman, who was tortured for three days before his death. Beausoleil’s sentence was later reduced to life behind bars.

At 68 years of age, Van Houten has been in jail since a 1971 conviction for helping kill Leno and Rosemary LaBianca.

Van Houten testified that she stabbed Rosemary LaBianca in the back at least 14 times. The victim’s blood was used to write messages on the walls.

Judge William C. Ryan was cited by the Los Angeles Times as saying that evidence existed to support Brown’s decision to block parole, and that Van Houten still posed a risk to society.

Van Houten was originally sentenced to death for her crimes, but she and the other Manson followers had their sentences commuted to life in prison.

Manson became one of the 20th century’s most notorious criminals for directing his mostly young, female followers to murder seven people in what prosecutors said was part of a plan to incite a race war.

He was sentenced to death for the Tate-Leno LaBianca murders, but his punishment was also reduced to life in prison.