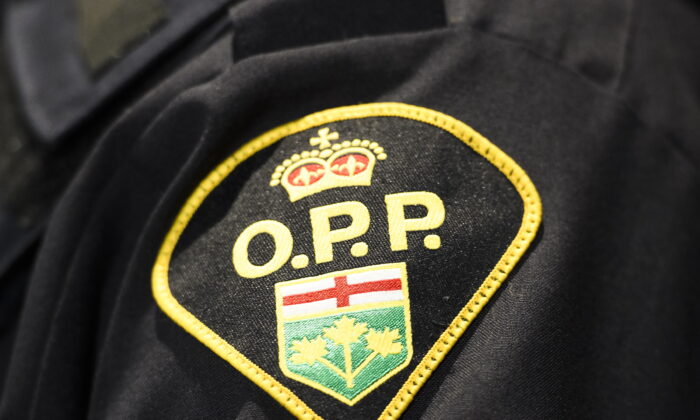 When Cameron Gardiner’s door was kicked in on the early-morning hours of Jan. 22, 2019, and three masked men burst into his home—one carrying a sawed-off shotgun—he and his girlfriend were watching a movie.

After zip-tying the couple and Gardiner’s dog, the intruders took turns guarding them and searching the residence. What they didn’t know was that the robbery was all being recorded in real time via surveillance camera, which was linked to an app on the cellphone of Gardiner’s 19-year-old son, alerting him to what was happening.

“My son kicks the door. I seen a flash of him there and I knew it was my boy. And buddy, the door hit him in the back, he dropped the gun, and I see my chance,” Gardiner told The Epoch Times of events that led to second-degree murder charges against him for thwarting the violent home invasion at his townhouse in Collingwood, Ont., about 150 kilometres northwest of Toronto.

“I had broke free of my zip ties. I tried to grab the gun and had the handle, like the bottom grip. And the other guy was grabbing the part that slides his shotgun and every time he tried to pull it away, it would [put a round in the chamber] and go off,” Gardiner says of what happened next.

“So when it pointed out the door, he shot his own friend. Then I got punched in the head, I seen nothing but stars and white. And when that cleared up, I had the gun under my throat. So I stepped on the back of the couch and pushed [the gun] away and it went off [and hit] his chest.”

Forty-two-year-old Donovan Bass and 52-year-old Dean Copkov, a well-known Hollywood stuntman, died at the scene from gunshot wounds, and the police charged Gardiner with their murders a few hours later. The third intruder escaped out a second-floor window.

Gardiner spent the next six months in jail, finally winning bail in July 2019 but under strict conditions.

After weighing the evidence given during a preliminary hearing, Ontario Court Justice Stacey Nichols reduced Gardiner’s second-degree murder charges to manslaughter in November 2020. Then on March 30, Crown prosecutors dropped the charges, admitting there was little chance of conviction.

“I think the self-defence laws in Canada are alive and well, and that’s why we ultimately triumphed. … There’s never been a situation that I know of where the facts were so egregious in terms of what the intruders did,” said Gardiner’s lawyer Robb MacDonald, who accused Ontario Provincial Police (OPP) of conducting a hasty investigation.

“When police got to the scene, they knew [Gardiner] was in his house and was tied up and got the gun off these bad guys and shot them. But the big question that they were wrestling with was whether or not he used excessive force, beyond what was required for self-defence,” MacDonald explained.

“[Police] could have held off on that decision and thought about it, but instead they charged him right away, the first night, with murder, which is pretty extreme stuff.”

The Epoch Times contacted the OPP for comment but didn’t receive a response as of publication.

The security video footage showed the men ransacking the upstairs bedroom where Gardiner’s son, who was staying with his father temporarily, was known to deal marijuana.

Gardiner says he had no idea his son was dealing drugs.

“He didn’t say anything to me. He asked me if he could come home for a bit because he had water damage at his house … so I guess they followed him to my house.”

Gardiner said that after being zip-tied, the intruders retrieved a safe that belonged to his son and demanded the combination; that’s when he feared the worst.

“He started poking me with the gun, in the knee and then in the head trying to get the safe numbers, and I don’t know them. My son tried call … and they said, ‘you can answer it when we want you to and you’re going to say what we want you to say.’ They threw a blanket over us and I thought I was going to get shot right there.”

When the son arrived, he began fighting with one of the intruders outside. By this point Gardiner had broken free from his zip-ties and a struggle for the shotgun ensued.

“First thing [the police] said when they brought me to police station, ‘so we know your son sells drugs.’ Well, what’s that got to do with the situation at hand, really? Like there’s dead people, I thought that was more important than marijuana,” Gardiner says.

More than two years of legal battles has taken its toll both financially and personally, with Gardiner losing his townhouse, his girlfriend, and being estranged from his son since the home invasion.

“My son grabbed his safe and took off, leaving me hanging … I haven’t talked to him since that evening,” he said.

“I lost everything. Everything in my house, they threw it in the trash. They served me [an eviction] notice in jail, gave me 10 days to move out, and I couldn’t do anything about it.”