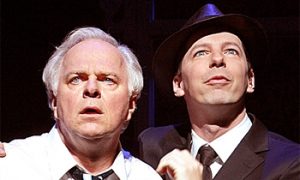 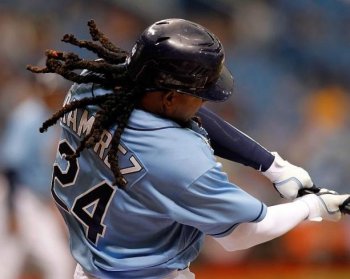 Manny Ramirez #24 of the Tampa Bay Rays bats against the Baltimore Orioles during a game on April 3, 2011. Ramirez has decided to retire from baseball after being informed of a positive drug test, Major League Baseball has announced. (J. Meric/Getty Images)
Baseball

By Mimi Li
Print
Manny Ramirez has decided to retire from baseball after being informed of a positive drug test, Major League Baseball (MLB) has announced.

MLB said it informed the Rays outfielder "of an issue under Major League Baseball's Joint Drug Prevention and Treatment Program" and that Ramirez chose to retire "rather than continue with the process under the program."

The 12-time All-Star, who was suspended for 50 games in 2009 after testing positive for human chorionic gonadotropin (hCG), failed a drug test in spring training and was facing a 100-game ban, according to a report from the New York Times, citing sources with knowledge of the matter.

Ramirez's production has tailed off in recent years but not before he formed a key cog of the Boston Red Sox offense that saw the team win two World Series in 2004 and 2007.

Ramirez's antics on and off the field saw him pushed out of Boston. He has since had stints with the Chicago White Sox, Los Angeles Dodgers, and most recently with the Tampa Bay Rays.

Signed to a one-year, $2 million contract with the Rays in the offseason, Ramirez started off the year slowly, mustering up just one hit in 17 at-bats with his new club.