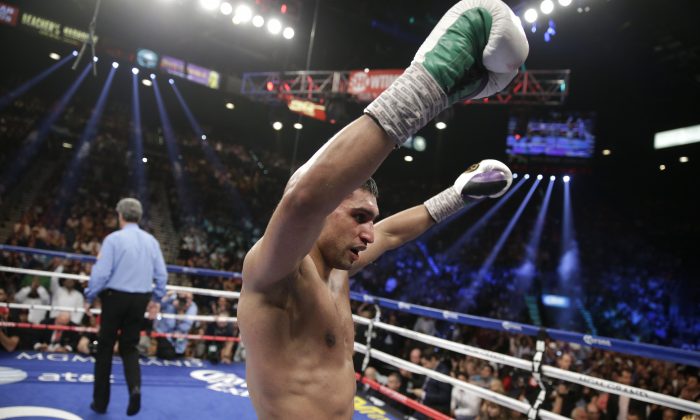 Manny Pacquiao Next Fight: Will Amir Khan be Next Opponent for ‘Pacman’?

Manny Pacquiao’s next fight is slated for November 22, but his opponent has not yet been decided.

To the continued dismay of some boxing fans, the only name that seems to be ruled out is Floyd Mayweather, as the pair still can’t agree to come together for a fight.

Two names that have been confirmed on a “short list” of potential opponents for the Macau bout are Chris Algieri, who recently beat Ruslan Provodnikov in a split decision, and Juan Manuel Marquez, who has fought Pacquiao four times already.

Now it seems that Amir Khan has confirmed that he may be Pacquiao’s opponent in November.

Khan has notably said that he can’t be Mayweather’s opponent in October because he wouldn’t have enough time to prepare after Ramadan.

But Khan told Sky Sports that he’ll be ready for a fight in November or December.

“We want to fight the big guys the top names in boxing,” he said. “I am looking at the likes of Marquez and Manny Pacquiao and Floyd Mayweather–they are the big names and that is where I belong fighting the top guys. There are talks about Manny Pacquiao happening in the future–may be next. So I have left my team, Al Hayman and my team Khan Promotions to do everything.”

Khan added that he will likely fight Mayweather next year.

“The fight between me and Floyd Mayweather is going to happen one day. As long as I keep winning and putting on great performances, it is definitely going to happen. But I cannot do September because of Ramadan. The next time that it could happen is in May. I can fight then so it could be Floyd’s next fight after September.”